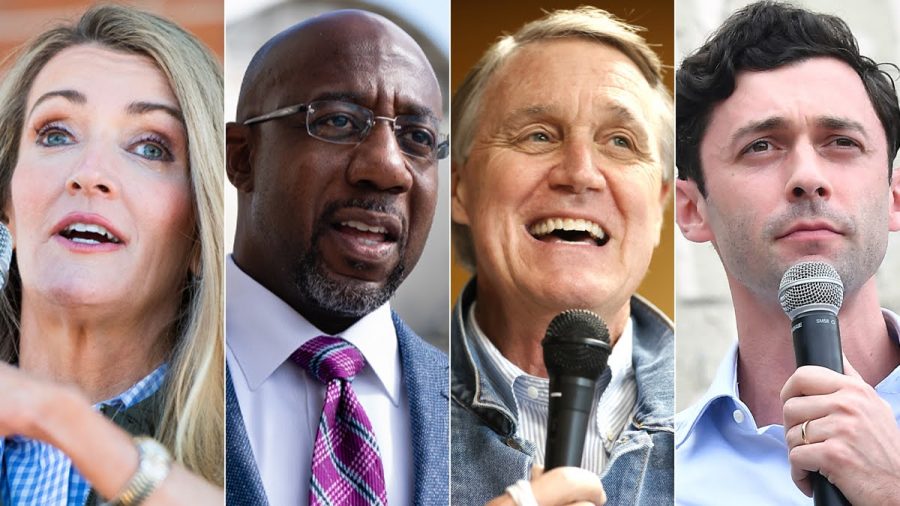 Will the Democrats control both the Executive and Legislative branch? That question will be answered on January fifth in the state of Georgia, where there are two run-off races to decide control of the senate. Democratic challengers Rev. Raphael Warnock and John Ossoff hope to win seats from appointed Senator Kelly Loeffler and incumbent Sen. David Perdue respectively, in races that will decide not only control of the senate, but also Democratic control over two of the three branches of power in the US government.

Debates for the elections took place last week in Atlanta, with Rev. Warnock and Sen. Loeffler facing off at the Atlanta Press Club. Both candidates stuck with the messages they have been sending since the special election, Loeffler calling Warnock a radical liberal and Warnock attacking Loeffler’s stances on health care. Warnock also pointed out that Loeffler does not promote herself, rather she attacks him. The second debate was not a debate at all, instead more of an interview of Ossoff, as Sen. Perdue declined to attend. For this, Ossof called him a “coward.” In the polls from fivethirtyeight.com, Ossoff has a one point lead, and Warnock has a 1.6 point lead, so these debates may have been crucial to a candidates success.

The implications of the senate races are sweeping and massive. With two Democratic victories, Democrats will have tied the senate 50-50 (although there are 2 independents, they vote Democrat) and with Vice President Harris casting the tie-breaking vote, they effectively have control over all 3 branches of the elected government. Sophomore Eric Gu is weary of this, as “ I want there to be a balance of power at all times, so that decisions don’t get too out of hand… Republicans have probably tried to pass outrageous changes too, but there’s a balance.” Should the Democrats win it will be a similar situation to 2016, in which Republicans controlled all three positions. Although having control of all of the offices can be great for getting things done in an efficient way and making changes, it can also pass laws that are unpopular with millions of people, as bi-partison support is much less important.

These elections will occur under the shadow of continued fights over the presidential elections, the results of which have been fiercely contested by President Trump, alleging that President-Elect Biden “rigged” the election. Junior Damian Doyle weighs in on this as  “I think either result will fuel the burgeoning movements on each side. A surface level observation from a right-wing standpoint I envision could be if Purdue wins, ‘where did all of the president’s votes go?’ Or if Ossoff wins, ‘another rigged election!’” Whether this result will enrage or pacify supporters of the President’s claims of voter fraud cannot be known, but it is certain that trust in the voting systems has lowered because of the president’s actions.

Recently drama has propped up in the race, as appointed Senator Loeffler posed for a picture with ex- KKK leader Chester Doles. The senator and her campaign have since condemned Doles and all of his actions, claiming that they “had no idea who it was.” Doles, a Neo-Nazi who had been previously jailed for beating a black man, was kicked out of GOP rally hosted by Loeffler in September, making it the second time he attended one of her events. Rev. Warnock criticized this, saying “There’s no acceptable explanation for it happening once, let alone a second time.”