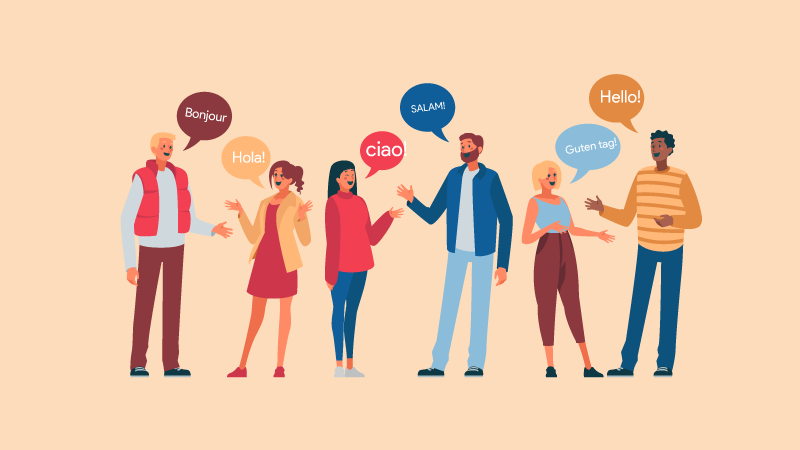 From March 7th to March 19th, HHS is celebrating National Foreign Language Week with a virtual reading contest and a raffle.

Every year in March, students across the country participate in a week-long celebration of foreign language study known as National Foreign Language Week. Established in 1957 by Alpha Mu Gamma, a national collegiate foreign language honor society, the celebration has been commended by every president since Eisenhower and impacted schools nationwide, including Hingham High School.

This year, she says, “it’s more challenging to do a school-wide thing like that,” but the foreign language department has organized a virtual contest that you can enter here. The requirements are simple: read something in a language other than English and complete a Flipgrid, a booksnap, or a short written response describing what you read. Anyone who participates will be entered into a raffle for a $25 Barnes and Noble gift certificate!

The contest runs until this Friday, March 19th, and many students have already participated. Catie Manning, a senior in Ms. Shaw’s AP Spanish Literature class, reports that “As a Spanish student, I really appreciate the department’s efforts to continue World Language Week this year. The reading challenge has been so fun and rewarding, and I’ve loved sharing my book snaps with my friends! I really encourage everyone to get involved!”

Similarly, junior Catelyn Arnold is excited to participate, saying, “I love to learn different languages because I love learning about different cultures, and languages are obviously a great way to interact with people from different places.” Catelyn studies French at HHS, and is also learning Korean independently. In fact, she says that “my love for different languages has prompted me to major in International Affairs or Global Cultural Studies in college… I just love being able to learn about different people all over the world and how their lifestyles differ from mine but also what our similarities are.”

In the 21st century, at a time when up to 75% of the global population speaks at least two languages, there are innumerable benefits to foreign language study. Worldwide, people are increasingly expected to be able to speak multiple “super” languages, such as Arabic, Chinese, Spanish, and English. Many countries have multiple official languages; South Africa, for instance, has 11. Monolingual people are a global minority, and may miss out on culture, business opportunities, friendships, and experiences.

Not only that, but multilingualism can prove invaluable in the workplace. Ms. Shaw explains that “no matter what career choice you make, you will always have a leg up if you know a little bit of a foreign language. It doesn’t have to be perfectly fluent, but some familiarity is always advantageous, whether you’re in business or education or the medical or social work.” Indeed, one recent estimate placed the value of speaking a second language at $128,000 over a 40 year period.

There are health benefits to multilingualism as well: numerous studies have suggested that speaking multiple languages keeps us mentally fit, delays the onset of dementia, and protects against strokes.

Finally, there is ample evidence suggesting that multilingual students perform better than their monolingual peers, especially when it comes to reading and oral interpretation. According to Ms. Shaw, foreign language classes also teach valuable skills like “deducing meaning through inferences, making educated guesses about meaning, and self-expression… foreign language classes teach you to be okay with imperfection, and that there are a hundred different ways to answer a question.”

Ultimately, National Foreign Language Week is meant to celebrate all the benefits that language learning brings and encourage students to explore their chosen language in more depth. For students, it is an exciting opportunity to step outside of the curriculum, pursue an interest, and learn something new. For teachers like Ms. Shaw, it offers a chance to see the progress of past students and see what other classes are doing; she notes that, “I love the mix of languages involved in National Foreign Language Week because in my day-to-day life, I’m just so focused on Spanish that I don’t often get to celebrate all the languages.”

For suggestions on what to read, please visit this slideshow or scroll through this padlet. Happy reading!