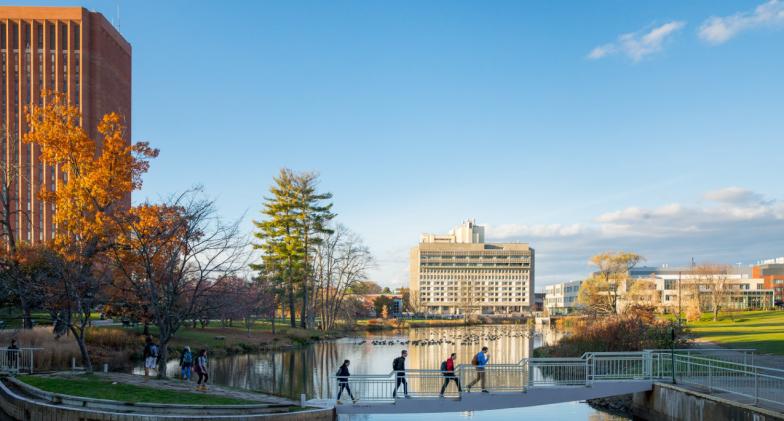 The University of Massachusetts Amherst responds to increased anti-Black racism seen at the school.

A racist email, sent to Black student organizations at UMass Amherst this week has prompted a formal investigation. The email, sent anonymously by the “UMass coalition for a better society,” a group that is not officially recognized at UMass, relied on racist stereotypes and insults. The highly offensive email attacked both the intelligence and appearance of Black students. Though shocking, many report that the email is not an independent incident, and has corresponded with an increase in anti-Black racism seen at the school.

In response to the situation, the Vice-Chancellor for Diversity, Equity and Inclusion, and chief diversity officer at UMass Nefertiti A. Walker released a message to students, noting that the school “condemns all acts of anti-Black racism and will work to diminish their intent to cause harm to Black students on campus.” The message also included information for what students who have witnessed hateful activity should do, something which many feel is becoming increasingly important for the school.

Students, however, were upset by UMass’s slowness in addressing the issue. In a statement issued on their Instagram page, the Black Student Union at the University of Massachusetts-Amherst explained that the school’s “lengthy response time to racial incidents, compared to their rapid response to non-racial incidents is not reflective of a university that claims to be ‘committed in policy, principle, and practice in maintaining an environment which prohibits discriminatory behavior’’” Other student groups at the school expressed a similar sentiment.

On September 29th, the school announced its plans to hire cybersecurity firm Stroz Friedberg Digital Forensics to determine the source of the emails and hold those responsible accountable for their actions. So far, no new information has been released, but many are hopeful that the investigation will uncover the source of the email.

For students at Hingham High School, hearing about the incident was shocking. Junior Katie Harrington, who expressed a strong reaction to the situation reports that “When I first saw the racist, hateful email, I was horrified and upset. I couldn’t believe something so blatantly racist was written by anyone.”

President of Hingham High School’s People of Color and Allies club (POCA), Vivian Nguyen, expressed a similar opinion noting that “What happened at UMass Amherst is awful, vile and disgusting. The fact that they chose to hide behind anonymity for fear of retaliation is the epitome of cowardice.” She continues, saying that “There is no excuse that could be given to the affected black community. It’s these types of people that will cause hatred and racism to never end.” She finishes with a thought that has been discussed frequently by students at UMass, HHS, and beyond;  “I also believe it is our duty to stand up against these acts of racism and unite to show that their attempts to belittle such a beautiful community are futile”

In response to the recent events, the UMass Black Student Union hosted a safe space event for students to connect and heal on Thursday, September 30th.