Will the 2021 MLB Season Be Canceled? 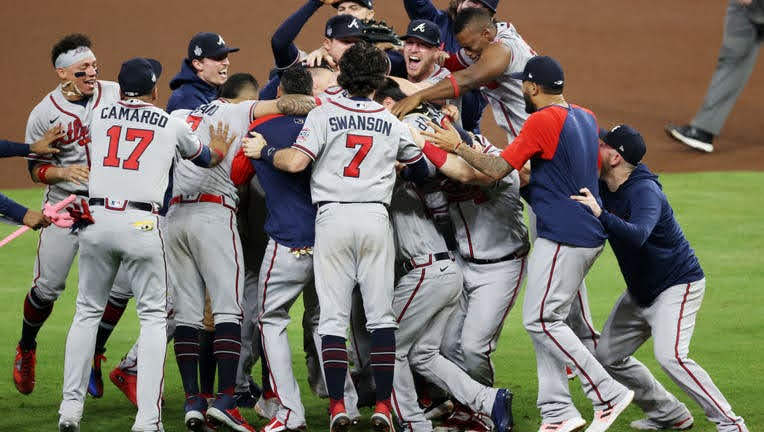 The Braves celebrate the end of their Cinderella story with their World Series win over the Astros.

After a thrilling finish to the 2020 MLB season ended with the Atlanta Braves hoisting the World Series Trophy, the MLB went into lockdown on December 2nd, 2020. Due to a dispute between owners and players, they were unable to agree on a new Collective Bargaining Agreement (CBA), which describes the rules of employment and the financial structure of the game. Players want to address their shrinking share of league revenues. Their salaries have been declining in the past few years, while owners are trying to resolve the CBA problem. This lockout is very significant, as it marks the first time in nearly three decades that the MLB has halted business. The previous lockout occurred over a similar argument that caused the league to stop last week and lasted over a year (1994-1995) and caused the loss of 938 regular-season games and the 1994 postseason.
When asked about the lockout, sophomore Mark Pryor was infuriated, stating, “As a fan of the league, I am very disappointed and am nervous to see how long the arguments hold out. A year without baseball would be awful, as I wouldn’t be able to support the Red Sox and would lose valuable time with my family”. Pryor and his family enjoy multiple trips to Fenway Park each year to watch their favorite team play but may have to wait until next year. The return of the explosive defensive center fielder Jackie Bradley Jr. has many Red Sox fans anxious for the year to start, as they hope he can provide a spark to return the Sox to their 2018 form.
The MLB announced the lockout (initiated by the owners) will be in place until further notice, leaving many baseball fans and students of HHS with little optimism for a season next year. However, senior Anthony Longo believes, “the arguments will be resolved before the next season, as the MLB needs to play to continue profiting and competing with other major sports associations”. Hingham High School students are anxious for the new season to start, as they believe their beloved Red Sox have what it takes to appear in the World Series again. Please comment your thoughts and opinions below.