How HBO’s Smash Hit Euphoria tells its story through Fashion 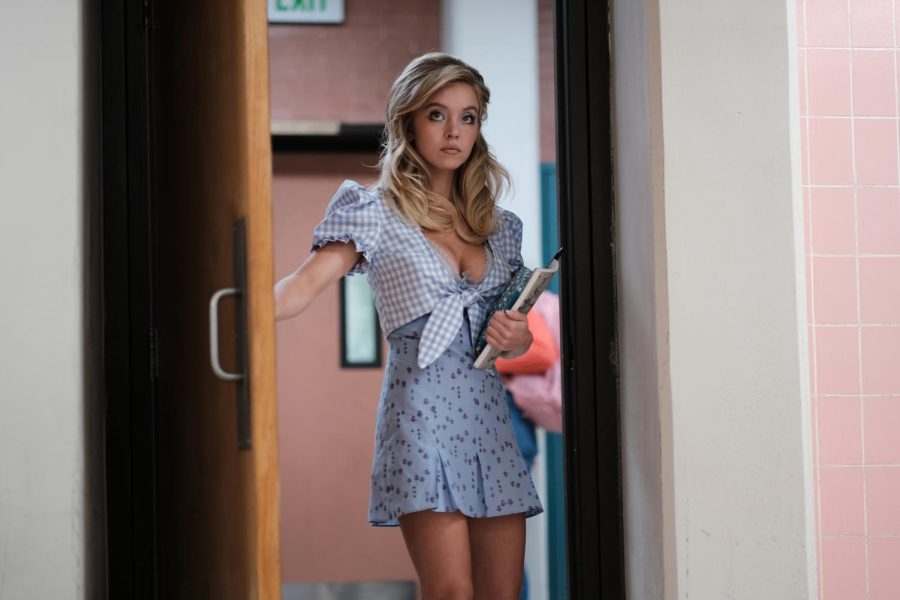 If by now you haven’t at least heard of HBO’s smash hit Euphoria, let me introduce you. Creator Sam Levinson has captivated audiences with his bold spin on traditional teen dramas. The show follows the main character, Rue (played by Zendaya Coleman), fresh out of rehab. Rue narrates her own life and the lives of her friends and acquaintances as they navigate the darker elements of high school. The show tackles sexual assault, addiction, relationships, and many more complicated topics. Levinson pays close attention to his character development; in fact, Rue narrates the inner workings of her friends’ thoughts and lives in the entire first season. However, while the characters’ fashion acclaims for its aesthetic virtue, its symbolism goes criminally overlooked. In this article, I’ll be diving into the symbolism behind the many styles of Season 2’s big bad, Cassie Howard (Spoilers ahead!).

Cassie’s story this season is beautifully enriched by her aesthetic appearance. Cassie lacks a distinct style throughout season 1 and again in season 2. This was a purposeful choice for Heidi Bivens (Euphoria’s Costume Designer). Cassie’s plotline drills in on the fact that she lacks a sense of self, which is why she desperately tries to earn external validation from men. Cassie’s father leaving gave her the classic Freudian “daddy issues,” which, besides its tacky name, truly make finding one’s identity a challenge. Cassie’s outfits help facilitate this truth about her character to the audience.

Besides her two signature colors, pink and blue, Cassie lacks distinction in her clothes in season one. When asked about Cassie’s style in Season 1, Junior Ava Knight had this to say,” Cassie’s outfits reminded me of that phase in middle school when nearly every girl dressed the same for fear of standing out.” Her low-profile method of presentation seems to be a way of soothing, then-boyfriend Mckay’s discomfort with her well-known sexual history. This also explains why her signature colors are so youthful and borderline childish; they are a way for her to combat her mature reputation and fit the purity ideal Mckay seems to prioritize.

It’s important to note that Cassie’s appearance is derived from her current love interest and lacks personal autonomy. This is another parallel to her validation seeking. I don’t want this to sound like a bashing of Season 1 Cassie because it makes perfect sense that she’d avoid adventurous fashion. Anytime she exercises autonomy over her appearance, for example, her Alabama Worley costume, she is shot down by the men around her. Mckay asks her to cover up her outfit because he’s embarrassed about what his friends might say. Later that night, when she decides to wear the costume out, Daniel gives his infamous speech about Cassie amounting to nothing other than her body. That is profoundly traumatizing for a young teenage girl unsure of herself.

Come Season 2, Cassie’s fashion takes a fundamental role in the season’s storytelling. In the third episode, Cassie’s frequent style changes symbolize her fall from grace. We see Cassie’s trial and error through outfit after outfit to gain attention from her best friend Maddy’s ex-boyfriend, Nate Jacobs. One of the outfits Cassie experiments with closely resembles Jules’s distinctive style, plausibly because of Jules and Nate’s past. Cassie’s experiments with some of her outfits seem like a bolder take on her typically basic outfits while staying true to her pink and blue color palette. She saturates her typical look with new makeup and hairstyles, but these attempts fail.

The outfit which shows her most genuine creative initiative is Cassie’s “Country Music Star” outfit. Aspiring film student Nora Wolfington had a rich interpretation of Cassie’s country singer look. ” The show establishes that Nate “loves” Maddy for her purity and innocence. Cassie knows this. The country outfit is Cassie’s attempt to play into this purity fantasy of Nates”. Cassie’s established color palette and preferred presentation are already meant to play up her innocent and youthful appearance. On some level, Cassie realizes that she might use this part of her identity to her advantage. Sadly, Cassie’s plan backfires, and she meets the disapproval of her friends. Having this outfit that most rawly reflects her creative license fails to gain approval further affirms her pre-existing self-doubt. Only when Cassie copies Maddy’s outfit detail for detail does she win Nate’s attention. This is a breaking point for Cassie; she has stooped so low and lost herself more than ever before for a fleeting glance from Nate. After Maddy finds out about the shenanigans between Nate and Cassie, Cassie has stolen her style entirely. The stealing of Maddy’s style helps solidify that Cassie has stolen Maddy’s place in her old relationship.

All in all, the work of Heidi Bivens introduces an irreplaceable yet speechless element to the storytelling of the show Euphoria. Without such attention to detail in the characters’ presentation, the show would be less impactful. Euphoria capitalizes on the fact that clothes are an extension of self and saturate the characters with their clothing. For Cassie specifically this season, clothes are her major storytelling elements. The expert costume design proves imperative to the more profound symbolism of the plot and the ambiance of the season.