Freezing Us Out: The Push for a Winter Sports Pep Rally 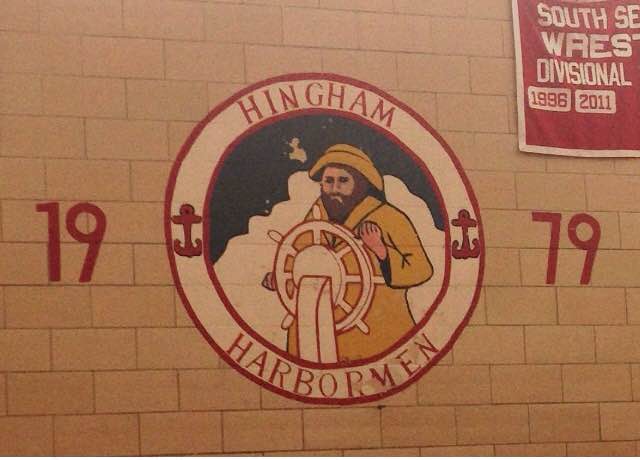 The Harbormen Logo in the gym

Nick DeSilva and Will Bierwirth

Why not? That is the exact question many people are asking StuCo and Dr. Girouard McCann regarding the possibility of a winter sports pep rally.  Even though some pep rallies are very dry and repetitive, they are extremely important because they give every team a chance to be recognized and cheered on by its peers.  The rallies, either in the gym or on the turf field, bring the student body together, give the less-recognized sports, most notably swim team and gymnastics, time to show off their hard work, and these rallies help build school spirit for the student section at the next big game.

The lack of a pep rally to recognize winter sports has frustrated many captains of winter sports, such as Ivan Frantz (winter track).  Frantz recently told the Harborlight that, “Everyone should be recognized in their sports.”  Although many agree with Ivan Frantz, some bring up a dissenting point. Freshmen winter track athlete, Nicholas Sullivan, said, “It’s cold and there isn’t enough room in the gym.”  However, if the senior class sponsors the winter pep rally in the gym, by selling tickets to a limited amount of students, it could entice most of the seniors to go, and the money raised would benefit their senior prom, or a charity.

Another reason to have a winter pep rally is really just to be fair. Senior on swim team Julia Monz said, “As a member of swim team for four years and someone who only plays a winter sport, I’ve always wanted to receive the school-wide recognition that fall sports get. I am really glad that the idea of a winter sports pep rally has taken hold because I think it could help bring our school community closer together.”

Hingham High School’s mission statement claims “Support and involvement of the community…in a well-balanced educational program complemented by co-curriculars.”  Now tell me this, how is the whole community of sports getting involved if only nine out of the twenty-five sports here at HHS  get recognized with a fun, joyous, often rowdy crowd behind them?

We know that other sports that are favorites of Hingham, such as football, hockey, and lacrosse, are very hyped up. But we still believe  “Every team should have an equal opportunity to show themselves,”  as sophomore Meghan Hogan so clearly stated. On top of the possibility of raising money for charity or senior prom, arguably the biggest event in one’s high school career,  the mere opportunity of doing so should be enough to put a winter pep rally in place. Even though space is cramped, StuCo reportedly pushed for a winter sports pep rally earlier this year but was stopped by the administration for reasons unknown. This injustice is all the more reason to bestow swim team, gymnastics, winter track, wrestling, hockey, and basketball,with the great community event all the other sports get to reap the benefits of.