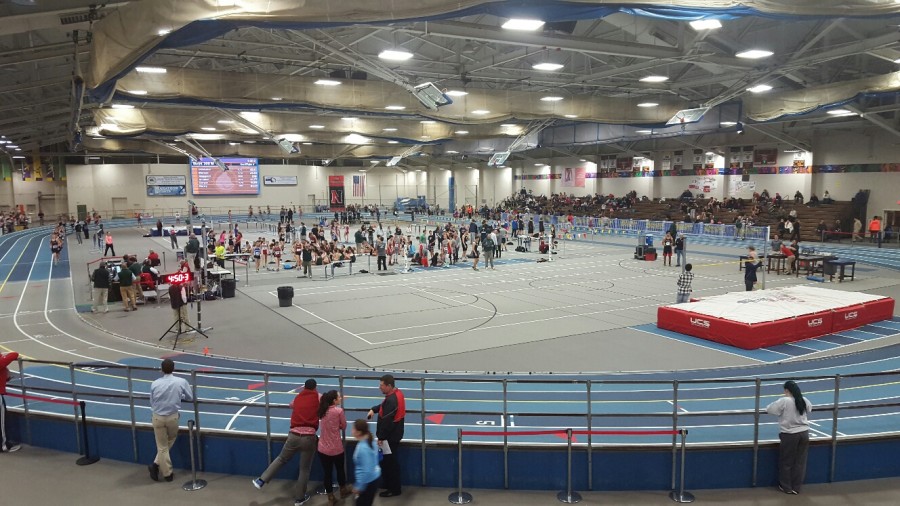 The 1 mile races goes on.

On Monday, the 25th of January, the winter track team had their final dual meet against Scituate, a meet where a team only competes against one other team. This meet was a crossover between the two sects of The Patriot League. The Keenan Division consists of Quincy, Plymouth North, Hingham, Duxbury, Silver Lake, and Whitman ­Hanson. The other half of the Patriot League is called the Fisher Division and the towns involved include Hanover, Pembroke, Scituate, Middleboro, North Quincy, and Plymouth South.

As part of the track team, I can say with pride and no harsh feelings that we successfully crushed Scituate. In fact we were so confident going into the meet we decided against entering our “top dogs” into their best events! We had one mile runners doing the long jump and some even doing the 55 meter dash. To dig the hole even deeper, past the necessary depth of a tomb, we did not even stay for the entire meet. In other words, we scored 51 points out of the available 100 before the halfway point in the meet and, therefore, it did not matter if we stayed or left. Before the relay races even started we were on the buses and ready to go home. It was a satisfying way to maintain the Hingham Boys Winter Track team’s undefeated record.