Small Thoughts from Across the Ocean

Claire Taylor, a sophomore at HHS, is living abroad in Poland this year. This entry is most recent post from her blog claireinpoland.blogspot.com. The Harborlight is excited to feature Claire's observations and thoughts on everything from school to the American election this school year.  Stay tuned! 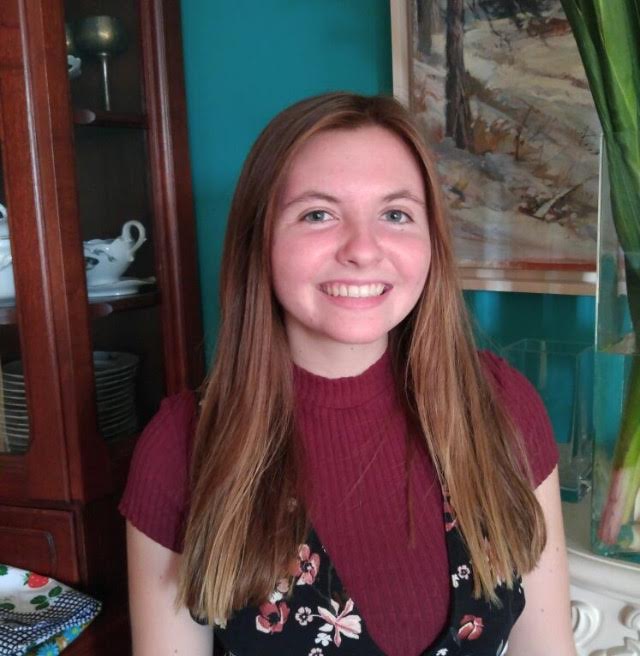 In a city that conquers miles and miles of land, we still feel important. We still feel that if we accidentally say the wrong thing at the wrong time or forget to do the laundry and feed the dog, it is a tragedy. A crime.

It’s even easier to feel this way in a suburban town where you know every face and the roads like the back of your hand. Where everyone knows when you did something wrong, and the news of a mistake or achievement spreads like wild fire. Besides you and your circle of family, friends, acquaintances, strangers, places and objects, the rest of the world ceases to exist.

Sure, on the nightly news we hear about earthquakes, bombings and all other horrors occurring around the globe, but they aren’t real to us. We try to sympathize, but we probably don’t understand. How could we ever understand if we weren’t there?

We only possess knowledge of how the people’s heartbeats became louder than the sounds of crumbling buildings and how their hands shook as rapidly as the earth beneath them because of our wild imagination.

The only world that exists is our own.

But then one day, you are catapulted into a mass of people. Whether it be at a festival, a city, or even in an airplane, something occurs to you.  And for just a split second you realize how minuscule you are and it feels that everything and anything you do in life cannot compete with the vast earth, solar system, galaxies and everything beyond.

Hopefully this does not appear that I am informing you that you are irrelevant because, first, I am not a scientist nor physiologist or even an adult who knows any real knowledge about the size of the universe. Second, because there really are many people who love and appreciate you. But in the least depressing way possible, one person virtually means nothing in the scale of our universe. The human race is as important as one single nucleus, not even as important as a single atom.

When you think about it, we humans have only destroyed this planet. We’ve torn out the soil and trees because of our instinctive selfishness. And there are seven billion other selfish humans with their own families, habits and conflicts, but we are oblivious to more than 99% of them.

It’s hard to wrap your head around. I usually ponder this subject on my way home from school, standing and rocking back and forth with the bus’ motion. It’s silent and everyone remains in their individual thoughts with books, magazines, crossword puzzles or music. When I gaze out at the streets or simply at the people inside the bus, I realize I am unaware of each and every one of their lives. I don’t know their names or what their voice sounds like. I don’t know their hobbies or their bad and good habits unless they carry a sports bag or instrument or bite their finger nails.

It catches me off guard. It forces me to face reality. I start typing my thoughts into the notes application on my phone to prevent them from slipping unnoticed. It’s mind blowing to ponder about how there are thousands of other languages that I am oblivious to and it seems impossible that in addition to that there are millions of people who speak and live in another language beside English. It seems impossible that there hundreds of countries that I’ve never stepped foot in and that I most likely never will get the chance to.

The world is huge no matter your height or width. Just think about how it feels when you drive across a lonely desert highway where only sand, rock formations, and exit signs wait in sight for miles. Somehow, it’s humbling, relieving and eye-opening, but also saddening. The fresh air and silence of only the wind rushing past you puts everything in perspective. It demonstrates that your biggest problems are nothing compared to the deserts, oceans, mountains, and plains surrounding you.

But this feeling is different than the one I feel when I’m living in a city where I view hundreds of faces every day without effort. The city reminds me that everyone is living a small life. It reminds me that they too have the same everyday struggles like forgetting to lock the door on the way out or feeding the dog in the morning.

You can let the shock of your small existence excite you, terrify you, fascinate you or motivate you. So, if you want to be relatively important, accomplish things that leave a lasting impact on your tiny, barely existing corner of the world. Tiny things add up, right?