The U.S. and Russia: What Has Changed? 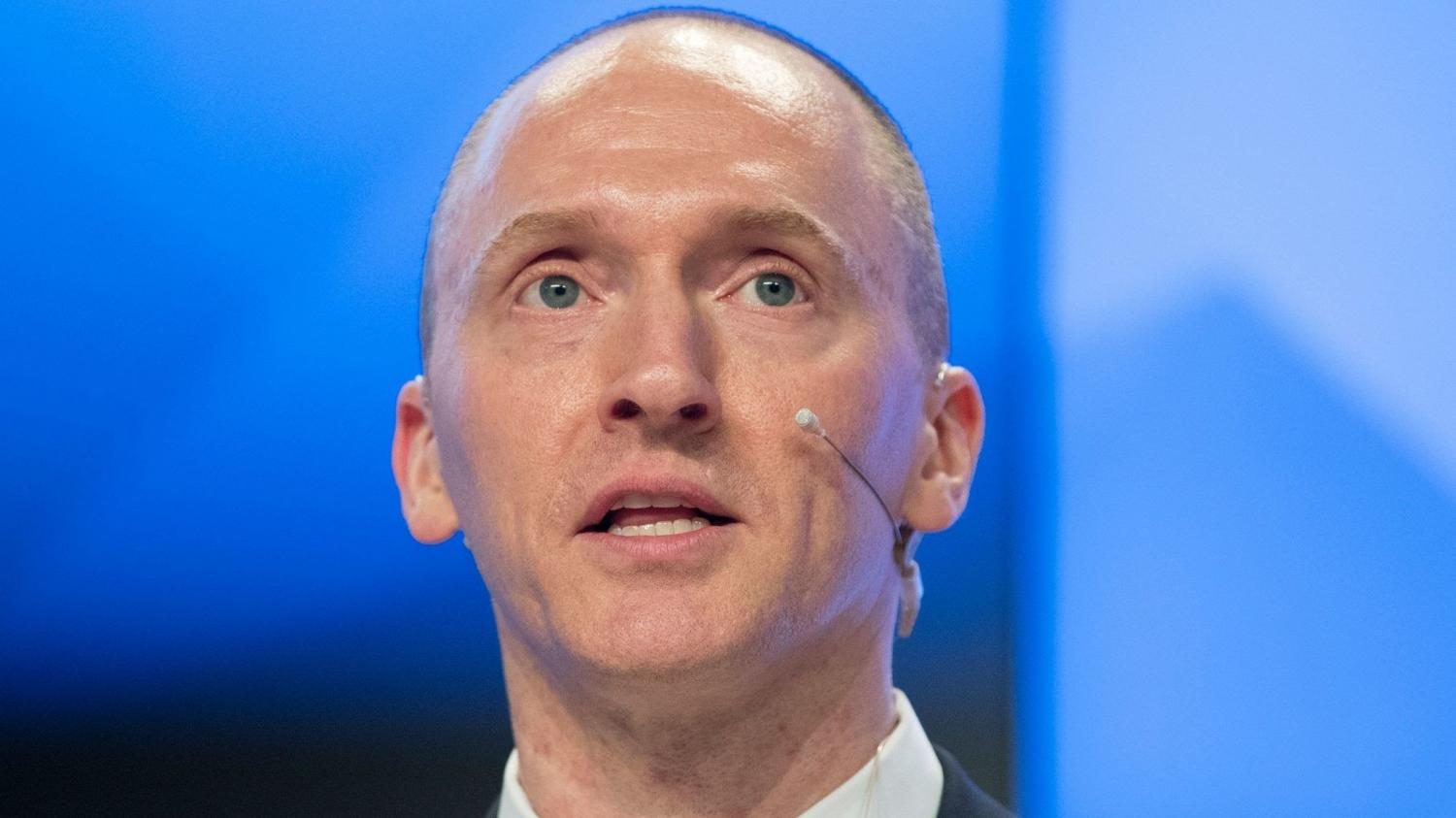 As expected, elements of the tangled U.S.-Russia storyline continue to unfold. Although the last article regarding this topic was written under two months ago, there is plenty more controversy and conflict to discuss. All the while, Trump continues to call “fake news”, but that excuse is far from foolproof.

Following events such as the resignation of Flynn and the discovery of multiple other members of the Trump administration’s contact with Russia, Trump campaign advisor Carter Page also became cause for concern. On April 11th, 2017, Page was put under FBI surveillance because of the common belief that he acts as a Russian agent.

On April 27th, 2017, the Pentagon engaged in an investigation to discover whether or not Michael Flynn violated military rules. This occurred in light of information disclosed by a House committee that revealed that Flynn accepted payments from foreign countries including Russia and Turkey. Flynn was warned all the way back in 2014 after retiring from his military position that he is never allowed to accept said payments without receiving approval from the Pentagon, which he did not do.

As the issue regarding the Trump administration’s involvement with Russia continued to remain unresolved, Trump and Putin spoke for the first time since Trump launched 59 missile strikes on a Syrian air base. The presidents’ conversation took place over the phone on May 2nd, 2017.  During their conversation, Putin asked Trump to meet with Russian officials. Prior to this contact, Trump claimed that the American relationship with Russia “may be at an all-time low.”

That same day, the tensions between Trump and FBI Director James Comey began brewing, when Trump, per usual, immaturely and defensively tweeted, “FBI Director Comey was the best thing that ever happened to Hillary Clinton in that he gave her a free pass for many bad deeds! The phony…Trump/Russia story was an excuse used by the Democrats as justification for losing the election. Perhaps Trump just ran a great campaign?”. The fact that Comey was investigating Trump’s ties with Russia is no coincidence.

On May 3rd, 2017, the following day, Comey came forward to testify in regards to his choice to look more closely into Clinton’s case mere days before the presidential election. Contrary to Trump’s tweets, many people believe that this move on Comey’s part heavily contributed to Trump winning.  Comey had come to comprehend that by May 3rd when he responded, “It makes me mildly nauseous to think that we might have had some impact on the election.” The roller coaster that is Trump and Comey’s relationship only went down from this point.

Comey was not the only political figure to testify concerning Donald Trump recently. On May 8th, 2017, former Attorney General Sally Yates revealed that she herself actually warned Trump and his administration about Flynn’s wrongdoings on three separate occasions. This same day, the former Obama administration contributed to Yates’ statement by confirming that Obama warned Trump about Flynn as well, only two days after the election.

Once again, President Trump found it best to take the matter to Twitter on the same day. Here, he wrote that the Obama administration gave Flynn the “highest security clearance”, but “the Fake News” doesn’t ever take it upon itself to talk about that. He continued his inaccurate rambling, stating, “Director Clapper reiterated what everybody, including the fake media already knows- there is “no evidence” of collusion w/ Russia and Trump… The Russia-Trump collusion story is a total hoax, when will this taxpayer funded charade end?”

“It baffles me that the president brings every issue to Twitter,” Catharine Denning, a HHS sophomore, commented. “It really doesn’t seem like the best method of solving the problems at hand.”

The idea that the story was a total hoax would be more believable if Trump didn’t proceed to then do everything in his power to attempt to cease the FBI investigation regarding the “Russia-Trump collusion”.

On May 9th, 2017, only a day later, Trump decided to fire Comey. Yes, this Comey is the former FBI Director James Comey, the man leading the Russia-Trump investigation. The White House immediately released memos stating that dismissing Comey was a decision made due to Comey’s insufficient handling of the Clinton email investigation. However, the media outrage ensuing the decision thinks Trump’s motivation to fire Comey lay elsewhere.

Adding fuel to the fire, Trump met with the Russian Foreign Minister Sergey Lavrov and Russian Ambassador Sergey Kislyak at the White House on May 10th, 2017. Prior to and during this meeting, Trump stated that he was, in fact, not under investigation by Comey. However, also during this meeting, Trump completely contradicted himself. According to an American official’s document read to the New York Times, Trump told the Russian officials, “I just fired the head of the F.B.I. He was crazy, a real nut job.” The document goes on to say that Trump then continued, digging himself into a deeper hole, “I faced great pressure because of Russia. That’s taken off.” In complete opposition to Trump’s earlier statement that he was, in fact, not under investigation, this conversation enforces the idea that Comey’s dismissal was primarily due to Trump trying to shut down the investigation. The next day, during an interview with NBC News’ Lester Holt, Trump was back to claiming that he was not under investigation at all.

Also on May 11th, the current FBI Director Andrew McCabe was asked about a previous statement made by the White House that the FBI backed Trump’s decision to fire Comey. Instead, McCabe testified, “No, sir, that is not accurate. I hold Director Comey in the absolute highest regard.” Yet another contradiction.

HHS student Clara Kingsbury was floored by this information. She stated, “I’m shocked that there is such a clear contradiction between the FBI and the White House right here. It means someone is lying, which is not good to hear.”

To make matters worse, Trump tweeted a petty threat on May 12th, exclaiming, “James Comey better hope that there are no ‘tapes’ of our conversation before he starts leaking to the press!”. Once again, Trump took serious issues to social media, which certainly did nothing to mend his increasingly damaged image.

May 16th, 2017, included an incident that once again concerned Michael Flynn and his resignation. The New York Times reported a memo on this day that was written by former FBI Director Comey. The memo is about a February 14th, 2017, conversation between Trump and Comey in which Trump requested that Comey end the Flynn investigation. The very investigation that proved Flynn guilty enough to resign.

In response to the upset caused by Trump and his ties with Russia, Putin spoke out on May 17th. He offered to share Russia’s record from the meeting between Trump and Lavrov in order to end what he refered to as “political schizophrenia” as long as the White House agrees.

This day also marked the day that former FBI Director Robert S. Mueller III was named the independent special prosecutor who will take over the Russia investigation. Hopefully, Mueller’s work will result in some definitive answers and will put an end to the secrecy.

As of May 19th, 2017, White House lawyers have actually begun to research impeachment procedures. Although the White House claims this research is merely occurring in order to be prepared for the slight chance that Trump is faced with impeachment, the topic has arisen after only 120 days in office.
With the constant flow of new information, who knows if the impeachment of President Donald J. Trump will be the next shocking headline.