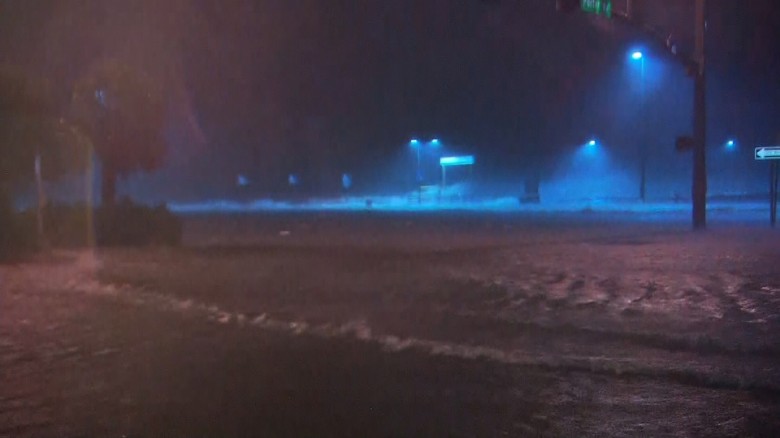 The Hurricane season has already seen quite the action. Already, the United States has felt the aftermath of two severe hurricanes, Hurricane Irma and Hurricane Maria. Hurricane Irma left her mark as a category five striking Florida and the islands around it. Hurricane Maria, recorded as the worst natural disaster in the Dominica, has posed as the most catastrophic hurricane across the Northeastern Caribbean. Sweeping across areas still recovering from Hurricane Irma a couple weeks before, Hurricane Maria also struck as a category five.
Hurricane Nate, though not as deadly as its counterparts, has ransacked the Deep South, Tennessee Valley, and central Appalachian Mountains with rains and wind. Touching upon the Southeastern Louisiana coast as a category one, Hurricane Nate was slowly downgraded to a tropical depression lessening its coverage. Junior Lindsey Volegmann said “I didn’t know that Hurricane Nate had even occurred because there was so much more news coverage down south”. Later, Hurricane Nate turned into a tropical depression, a storm that sustains low atmospheric pressure relating to a tropical cyclone, which can inhibit sustaining high wind speeds up to 38 miles per hour (62 kilometers per hour) or less.
However, though no longer a ravishing hurricane, water levels have not dissipated from Hurricane Nate, rising between five and eight feet between the Mississippi-Alabama border and to the Alabama-Florida border. Powerful winds pushed water onto roads, knocking out power lines and left sustaining damage. Hurricane Nate marked the fastest moving storm ever recorded in the Gulf of Mexico. President Trump tweeted a response to Hurricane Nate “FEMA and first responders are working hard (yet again) on Hurricane Nate. Military helping. Very much under control!”(CBS).
Mississippi had not seen such devastation from a Hurricane, since Hurricane Katrina in 2005. Junior Emily Burbank said “it’s really sad how it is affecting all these people’s lives”. As of October 10th, at least 40 people have been killed. Though the Federal Emergency Management Agency sent responders and aid, the four hurricanes have already depleted resources leaving a much needed end to the hurricane season.