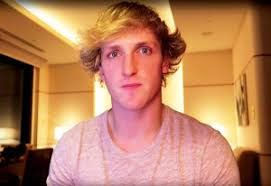 Following the backlash against his controversial suicide awareness video, a teary-eyed Logan Paul took to twitter on January 3, apologizing for his actions and announcing his temporary hiatus from his Youtube channel. Photo via US Weekly

Following a strong backlash from the Youtube community over his distasteful suicide awareness video, Logan Paul has returned to working on his Youtube channel. Paul, 22, rose to fame in October 2013, having gained 1.5 million subscribers to his channel over the course of four months.

At times, Paul’s channel contained sensitive content, eliciting few to no complaints from his primarily younger audience. However, Paul’s channel took a turn for the worst after his fateful decision to upload a certain video on December 29, 2017.

While visiting Japan, Paul decided to explore the notorious Aokigahara Forest, also known as the “Suicide Forest,” in one of his vlogs, in what he claimed was an effort to promote suicide awareness to his viewers.

Halfway through Paul’s vlog, however, Paul and his friends were faced with a terrifying reality that contradicted the alleged message of his video.

Paul and a few of his friends found a hanging body while exploring the forest and capturing every moment on camera. Overcome with fear and shock, Paul reacted by letting out nervous laughter and even mimicking the motions of the hanging body.

Paul even went as far as to approach the body and lightly tap it, causing more laughter from him and his friend group. His response to the body would eventually leave his career hanging by a thread.

Instead of respecting the body and concluding his filming, Paul continued to vlog his exploration through Aokigahara Forest. He eventually concluded his video with a statement about suicide awareness. This statement was not enough to make up for his cruel actions while filming in the eyes of the Youtube community.

Despite the content of the video, Paul still shared the disturbing and graphic incident with the Youtube community on December 29, 2017. Instead of acknowledging suicide awareness, which Paul stated this vlog was about, Paul titled the uploaded video “We found a dead body.”

Almost immediately, Paul received a large backlash from his fans, especially those concerned about the effect of the video on his younger audience. Paul removed the video from his Youtube channel within hours of its release. However, the video had still reached over 6 million views.

Further, even though, Paul removed the video from his channel, multiple angry viewers shared the clip from the video depicting Paul’s reaction to the dead body on Twitter, sharing his disrespectful act with nearly the entire Twitter community.

Multiple angry Twitter users also suggested that the video violated Youtube’s guidelines, arguing that Paul’s channel should be suspended. However, Youtube did not take down Paul’s channel.

Following the backlash, Paul took to Twitter on January 2, 2018, sharing both an apology note and a tearful apology video.

In his note, Paul apologizes for his mistake, stating that he had never made a mistake to this level before. He also states that he did not release this video to the internet so that he could get views, stating “I didn’t do it for views. I get views.”

This comment in itself did not settle well with many people, including Freshman Hope Thompson, who believes that “saying that you get views in an apology letter is horrible.” She follows up with the comment that he “should be apologizing for his actions, not reminding people that he has millions of subscribers.”

Paul followed up again with a tweet on January 3, stating he would be taking a hiatus from his Youtube channel in order to take time to reflect on his actions.

In the weeks that followed, Twitter uses continued to remind Youtube that Paul’s video violated the website’s guidelines and that his account should have been suspended. Junior Hannah Lewack agrees. She states, “The video was not only distasteful but also extremely disrespectful. The mere fact that he is continuing to make videos is repulsive.”

Youtube finally decided to suspend all advertisements from Paul’s channel on February 5.

But before Youtube’s decision to do this, Paul once again shocked the Youtube community with his return on January 24. On this day, Paul posted yet another suicide awareness video, in which he profusely apologizes for his actions and reinforces his previous message about suicide awareness.

After uploading this video, Paul resumed to post regularly on his channel, disregarding the incident that took the internet by storm. Junior Lanah Petrillo argues, “It’s unfair that other Youtubers can get their accounts suspended when they do something that is not horrible, but Logan Paul did not get his account deleted for what he did”

Within two weeks of this comeback, however, Paul released yet another controversial video on February 5. In this video, Paul tases a dead rat, suggesting that he has not learned from the consequences of his actions.

Once again, many outraged people took to Twitter, tweeting against Paul’s actions. Although Paul’s misconduct resulted in some consequences, he was still able to keep his Youtube account active.

Paul has also seen increases in followers on the majority of his social media platforms, including Twitter and Instagram. These trends in followers suggest that many people do not understand just how serious Paul’s actions were and how these actions need to be prevented in the future.

Although Paul is very much in the wrong for releasing this content for his audience, he is not the only one who needs to apologize, as Youtube is also in the wrong for not taking further measures to prevent similar occurrences in the future.

The fact that Youtube did not completely suspend Paul’s account suggests that there are not significant enough consequences for those who mock suicide. However, the message that needs to be communicated is that mocking suicide is never okay, and Youtube certainly could have emphasized this by permanently deleting Paul’s channel.