What Caused Camp Fire, the Deadliest Wildfire in California’s History? 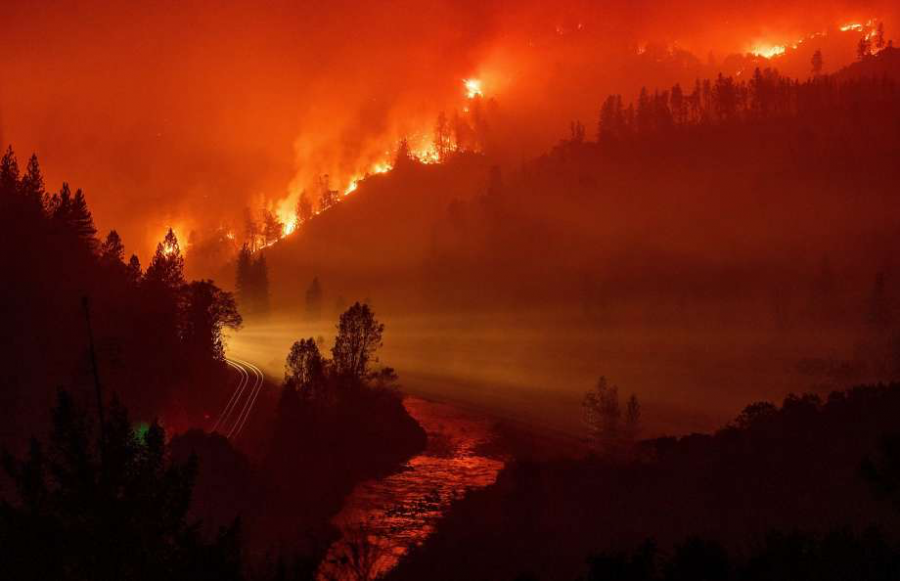 The Camp Fire, which ignited on November 8th in Paradise, California, is officially the deadliest and most destructive fire in the state’s history. After more than two weeks ablaze, the Camp Fire has been contained. But even though the fire is responsible for 88 deaths, 158 missing civilians, and 50,000 people losing their homes, the cause of the fire remains unknown.

Climate change is a possible cause. A 2016 study from the National Academy of Sciences shows that wildfires have gotten twice as destructive since the 1980s. Sophomore Cassie Foley said, “I’ve heard rumors about climate change and how it’s causing natural disasters. I think it’s definitely a problem that needs to be fixed.” President Trump, however, is certain this wildfire wasn’t caused by climate change, but instead because of what he claims is California’s poor management of the forests.

Trump, while on a visit to those in Malibu affected by another wildfire called the Woolsey Fire, stated, “You don’t see what’s going on until you come here. And what we saw at Pleasure, what a name right now, but what we just saw we just left Pleasure, or Paradise.” Trump has been heavily for misidentifying the name of a town most heavily affected by the fire and for not visiting locals who lost people and belongings in the disaster.

Sophomore Stella Robinson shared, “I feel so bad for the victims of this fire and their families. My heart goes out to them, and others who lost their homes.”

Others believe California’s Pacific Gas & Electric Co. is responsible for the devastating fires, and a federal judge has ordered the company to release and explain any involvement they had in this and other deadly fires in California. The company has until early December to release these documents, but it came under investigation after reporting an outage only 15 minutes before the first reports and sightings of the recent Camp Fire occurred.

Because of the locations of the some of these fires, many celebrities living in California also lost their homes and other properties to the fire, including but not limited to Neil Young, Gerard Butler, Miley Cyrus, and Liam Hemsworth. Many of these celebrities reached out to other victims to show support throughout the weeks of the fires and in the aftermath.

Regardless of what caused the multiple fires in California recently, people around the world have lent support to the victims and their families.