A Promising Season Ahead for Hingham Track Team 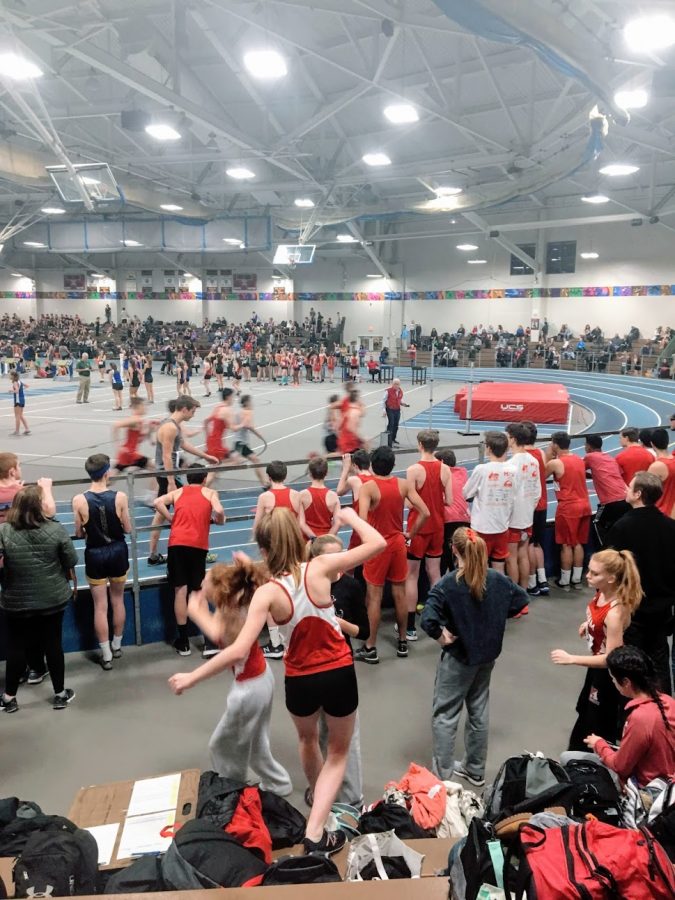 Members of the Men's track team cheer on their teammates during the 1000m race.

Hingham High School’s Girls and Boys Track and Field teams defeated Hanover in the first Patriot League Track Meet of the winter season. On Wednesday, December 12, Hingham athletes arrived to a crowded Reggie Lewis Center in Roxbury, the home track of the entire Patriot League. Although Hingham only competed against Hanover, multiple Patriot League teams held their respective meets during the same time, serving as an opportunity for Hingham athletes to scope out the competition for upcoming meets.

Before practice on Thursday, Coach Diedricksen reported that the girls’ team scored “86-19, which is amazing for the first meet of the year.” Although the results of the meet only count against Hanover, the success of the Hingham Track Team suggests that a promising season is ahead.