Op-Ed: Jakelin Caal and the “Rule of Law” 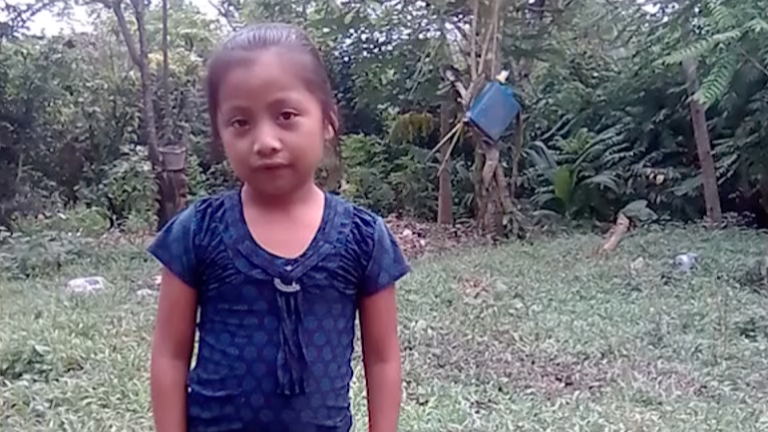 Jakelin Caal, in an image provided by her family (via CNN).

Last week, the American public learned of the death of seven-year-old Jakelin Caal. This child’s death was the clear result of neglect and disorganization stemming from an underlying lack of empathy for those who cross our southern border, legally or otherwise. And, despite recent progress in the arena of criminal justice reform, this tragedy highlights that many in the United States still confuse laws for morals.

According to a Fox News timeline, Jakelin crossed the border with her father, Nery Gilberto Caal, on December 6, 2018. The Washington Post reports that Caal and his daughter were planning on seeking asylum in the United States and were part of a group of 163 migrants detained by Border Patrol that night.

From here, Border Patrol agents interviewed Caal about any health problems he and his family may have. It is unclear in what language this interview was conducted, but the agents thereafter presented Caal with a waiver, in English, which he signed to confirm his family had no health problems. Caal speaks only Spanish and an indigenous language.

Sources vary on whether Jakelin, who had not consumed food or water for days, was given any water at the first Border Patrol station they were taken to that night; though government sources claim food and water was available, Caal claims that the migrants were only offered cookies.

By 5 a.m. on the morning of December 7, Jakelin was sick and vomiting. As they prepared to board a bus for a 90-minute drive to a station in Lordsburg, New Mexico, Jakelin’s father informed agents of her condition. The agents radioed to the Lordsburg station to request medical attention once the child arrived, but sent her on the bus ride despite her illness.

At some point during that bus ride, Caal says his daughter stopped breathing. When they arrived at Lordsburg, medical attention was immediately administered. An hour later, Jakelin was airlifted to Providence Children’s Hospital in El Paso. She died almost 15 hours later of sepsis shock and dehydration. Her father was at her side.

There are clear instances of neglect and mismanagement in this story.

The purported lack of water at the initial Antelope Wells statement is an egregious example of failure to provide life-saving resources to detainees. In fact, Texas Rep. Joaquin Castro told press that the Antelope Wells facility was overcrowded, understaffed, and lacked running water.

The decision to send Jakelin on a 90-minute bus ride, despite having prior knowledge of her illness, likely cost the child her life.

The Lordsburg station did not have proper medical equipment. According to California Rep Raul Ruiz, Jakelin was laid on a table because the station lacked a medical bed.

All of these are ultimately systemic failures. No individual Border Patrol agent is to blame for this tragedy; rather, Jakelin’s death is the result of top-down lack of empathy and dehumanization of those who cross the Southern border, legally or otherwise.

If detained migrants were administered automatic checks of their vital signs upon detention, perhaps Jakelin’s death could have been avoided. Instead, Jakelin’s father signed an English waiver affirming his daughter had no health problems, and agents did not realize the child’s condition until it was too late.

If Border Patrol Stations were better staffed, better run, and afforded more skilled medical personnel and vital medical equipment, perhaps Jakelin’s death could have been avoided. Instead, Jakelin suffered overcrowding and possible lack of water, and caretakers did not have the resources and ability to save her life. And instead of increasing the funding of border facilities in order to avoid future tragedies, Trump is allowing the federal government to be shut down over his border wall.

We can avoid future Jakelins with policy reform and increased funding and staffing. But to do that would require a national consensus that detained immigrants are deserving of the same protection and care as detained citizens.

But we do not have this agreement in our country. The Trump administration has decided it is not responsible for those in U.S. custody, with White House Deputy Press Secretary Hogan Gidley telling reporters, “Does the administration take responsibility for a parent taking a child on a trek through Mexico to get to this country? No.”

Gidley’s preposterous attempt to shift the blame for Jakelin’s death while in U.S. custody onto Nery Gilberto Caal signals that the current administration does not view immigrants as deserving the government’s protection. And, without simple agreement that those detained by our government agencies should be afforded basic resources and care, we will not achieve the reform necessary to avoid the deaths of children in the future.

More than anything, if we wish to end tragedies like that of Jakelin Caal, we must recognize a simple truth: just because someone breaks the law does not make them less of a human.

During a Fox News interview, DHS head Kirstjen Nielsen remarked that “This family chose to cross illegally.” Implicit in this justification is an insidious message: that those who choose to break the law are not deserving of basic human treatment. That the lives of those who cross our southern border illegally are less valuable than the lives of Americans. That laws are always moral and should not be questioned.

Our politicians must collectively recognize the humanity of illegal immigrants and take necessary steps to avoid future tragedy. Our society must realize that illegal acts are not inherently immoral acts and question the dehumanizing treatment of Jakelin and others like her.

Government officials, including acting AG Matthew Whitaker, have argued that border security is necessary to secure the “rule of law” in our country. But I posit instead that we ascribe to the rule of humanity. This means pushing our representatives on every level to challenge inhumane laws and policies; it means speaking out against the apathetic and sometimes illegal treatment of those detained at our southern border. The rule of humanity is not a departure from the rule of law, but rather a call to prioritize liberty, empathy, and human rights.