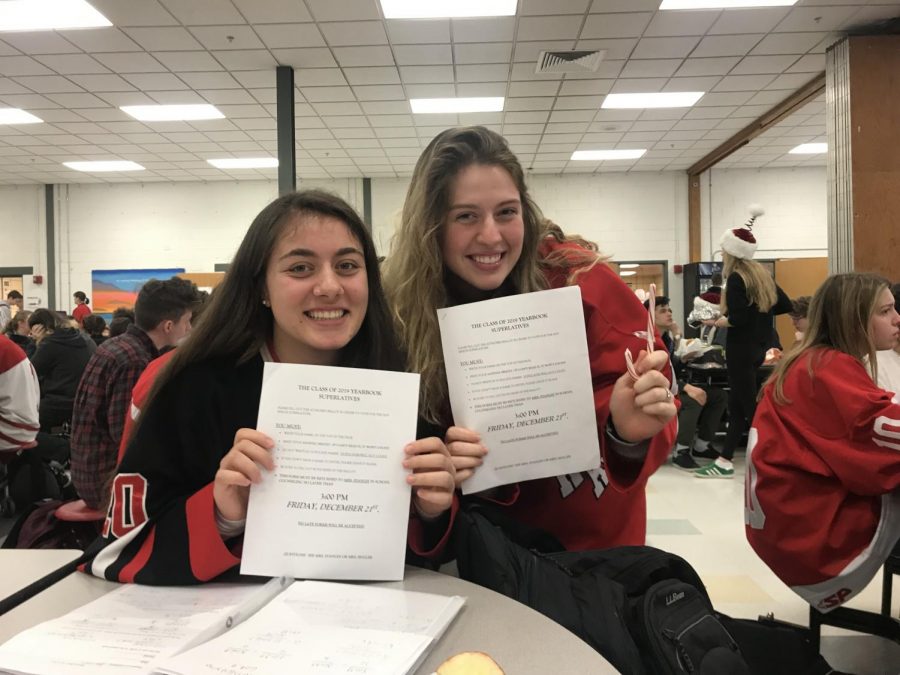 On December 9th, 2018, the Yearbook Committee released a link to a Google Form in the Hingham Class of 2019 Facebook group. This form included a list of superlatives for which HHS seniors were meant to nominate their peers.

At the beginning of the year, many seniors were unsure as to whether or not there would be the same superlatives as the previous classes, or if there would be any at all. In the end, the Yearbook Committee did indeed decide to implement superlatives in the Class of 2019’s yearbook, with some changes. For the most part, however, the superlatives resembled the ones that preceding grades had in their own yearbooks

However, some students in the class soon found that they somehow had access to edit the document. A few students left comments on the original December 9th post announcing that they could make changes to the documents or asking why it was that they could do that. They could also see other students’ responses, which caused further worry.

Editor-in-Chief of the Yearbook Committee, senior Patrick Whamond, shared, “We weren’t aware of this. If we had been, we would have changed that immediately. All it took was one person to make a change, so then everybody started to make changed… after that, all of our more than 100 responses were erased and unrecoverable.”

One student then edited the Google Form by changing the font, the colors, and adding a photo of a man fishing. Although this was done without cruel intentions, the action had its consequences.

“We should have double- and triple-checked the forms to make sure that the responses weren’t going to be seen by everybody,” Whamond continued.

Most of the class initially blamed the wrong senior for making these edits. The student who had actually done it then posted in the Hingham Class of 2019 Facebook group on December 10th, confessing to it and requesting that his peers stop criticizing the incorrect person. The student who edited the form insisted that he had not tampered with the responses, but the Yearbook Committee had already lost all of the responses as a result of the many other people who edited the document following the initial incident.

After this, the Yearbook Committee transferred the entire voting process to paper in order to avoid additional mishaps like the one described above. With this transition came a few more changes, such as the removal of the “Cutest Couple” superlative and the addition of the “Most Likely to Save the World” one.

When asked why these alterations were implemented, Whamond explained,  “The main reason was because there were some rather hurtful comments made on certain superlatives that people could see, so we thought this was a way to make amends… we wanted to make it more memorable but also more positive, so people can be remembered the way that they want to be.”

Another point of contention with this new method of voting is that there are now spaces specifically designated for one female winner and one male winner. On the Google Form, there was simply the superlative and a text box below it in which students could nominate their peers. Concerns regarding voting for students who do not identify as one gender over the other have been raised. Other students just do not find it necessary to vote by gender, especially when they believe that two girls or two boys are best suited for a certain superlative. Overall, it has not been a significant issue, and students who want to vote for two people of the same gender or only one person are doing so anyways, regardless of what the paper form says.

Another editor on the committee, senior Hanna Hopkins, elaborated on the decision to designate a female and male winner for each superlative. “That was just the easiest way for us to divide it so we could count easier… and some people might forget to write down two people if we didn’t.”

“If you take offense with it then you are looking too deeply into it. It’s not that big of a deal,” senior Gianna Merian asserted.

“Most of them are jokes anyway,” agreed senior Aine Powell.

The general consensus, however, seems to be that the Yearbook Committee is tirelessly working to complete a rather thankless job, and for this it should be praised. All students in the Class of 2019 want something to remember their years spent at HHS, and superlatives are an especially effective way to do that. Without the Yearbook Committee, this would not be at all possible. Thank you to seniors Patrick Whamond, Abby Esco, Hanna Hopkins, Rachel Ader, and sophomore Kerry McAuley for all of their efforts.

Aine Powell also expressed her gratitude for the Yearbook Committee’s hard work. “Thank you guys, it took a lot of time. Especially when you have to hand in college stuff,” she said.

The voting forms are due at the end of the day today, so hand them in at guidance by 3:00 P.M. in order to ensure that your vote counts!