Can Crowdsourcing Fund the Border Wall? 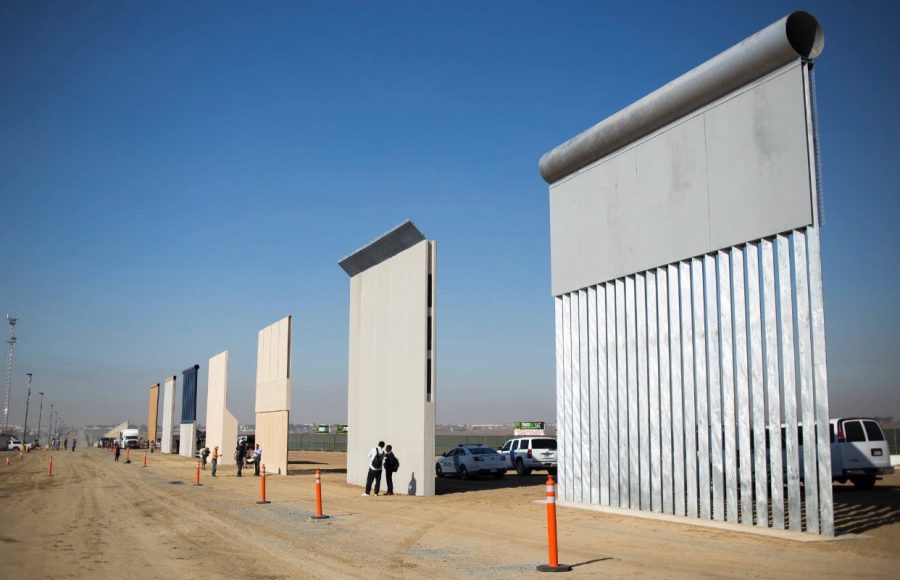 Four years ago, Donald Trump promised the American people a “big, beautiful wall.” It was to stretch 1,000 miles along the Mexican-American border and would stand anywhere from 30 to 45 feet tall. Its purpose, according to Trump, would be simple: to “secure the border” and ensure that migrants “come in legally.”

In the time since, advocacy for the plan has almost exclusively consisted of appeals to pathos and patriotic rhetoric. Close scrutiny, however, reveals that it falls short on the technicalities. When asked in an interview, for instance, how exactly he would build the wall, Trump replied vaguely that he “build[s] great buildings all over the world.” Similarly, the President has long struggled to explain how the project would be funded, often saying simply that “Mexico will pay.”

Yet Mexico has made it clear it has no intention of subsidizing such a wall. Neither does Congress, as demonstrated by the ongoing government shutdown. Trump’s plan, which was the crux of his presidential campaign, has come to a standstill.

Enter Brian Kolfage, a triple amputee veteran who earned a Purple Heart for his service in Iraq. Tired of what he sees as “illegal aliens… taking advantage of the United States,” Kolfage sought a viable solution to the lack of funding for Trump’s border wall, and believes he has found one in crowdsourcing. His GoFundMe page calls on Americans–specifically, the 63 million who voted for Trump– to contribute $80 apiece; all told, he hopes the donations will equate to $5 billion, the amount the president is seeking for construction.

“I started this GoFundMe,” Kolfage explained in an interview. “Because… I felt that the government wasn’t taking the action that they needed to take.” He elaborated further in a written statement: “As a veteran who has given so much, 3 limbs, I feel deeply invested to this nation… it’s up to Americans to help out and pitch in to get this project rolling.”

Kolfage’s campaign has been met with tremendous support: in less than 20 days, the page has raised more than $19 million, and donations continue to pour in.

“It goes to show the resolve of the American people,” said Kolfage, the grandson of legal immigrants. “They’re speaking with their checkbooks.”

The page’s success has not gone unnoticed. In the days following its creation, the campaign proved to be controversial as several counter fundraisers emerged. Freelance writer Luke O’Neil, for instance, created a page dedicated, jokingly, to the purchase of escalators to help migrants get over the border wall (in reality, the money raised will go to RAICES, an immigrant legal services charity). The campaign has gathered more than $10,000. A similar tongue-in-cheek effort has raised nearly $160,000 in favor of constructing ladders over the wall, though, again, all funds will go to RAICES.

These sentiments are echoed by several Hingham High School students. Freshman Emma Peterson questioned the idea’s economic practicality, saying, “the $19 million could be used in much better ways.” Helena Orth, also a freshman, agreed, calling the idea of a border wall “a mistake in the first place” and urging Americans to “save your money for something you know will benefit you.”

Policy analysts have expressed additional objections to Kolfage’s campaign. David Bier, an analyst at the libertarian think tank the Cato Institute, writes that, even if the campaign raises enough to build a wall, “Congress would still have to enact a statute permitting [the Department of Homeland Security to use the funds]… But current law prohibits the administration from taking this money and spending it, and it also violates the law to accept donations that bind the hands of the administration.”

Furthermore, historical precedent paints Kolfage’s efforts as decidedly inauspicious; in 2011, for example, a similar GoFundMe page was created to pay for a border fence in Arizona. Though it raised several hundred thousand dollars, the fence was never realized.

In response to these criticisms, Kolfage cites the 2012 Washington Monument restoration project, which was partially funded by the private sector, as an indication that the funds from the campaign could be used by the government. Additionally, he points to a November bill which would allow Congress to use the funds specifically to construct the border wall.

The controversy has not deterred Kolfage. Calling it “our duty as citizens to contribute,” he frequently promotes his cause through social media, and it is likely that donations–as well as counter campaigns and criticism–will continue to increase.