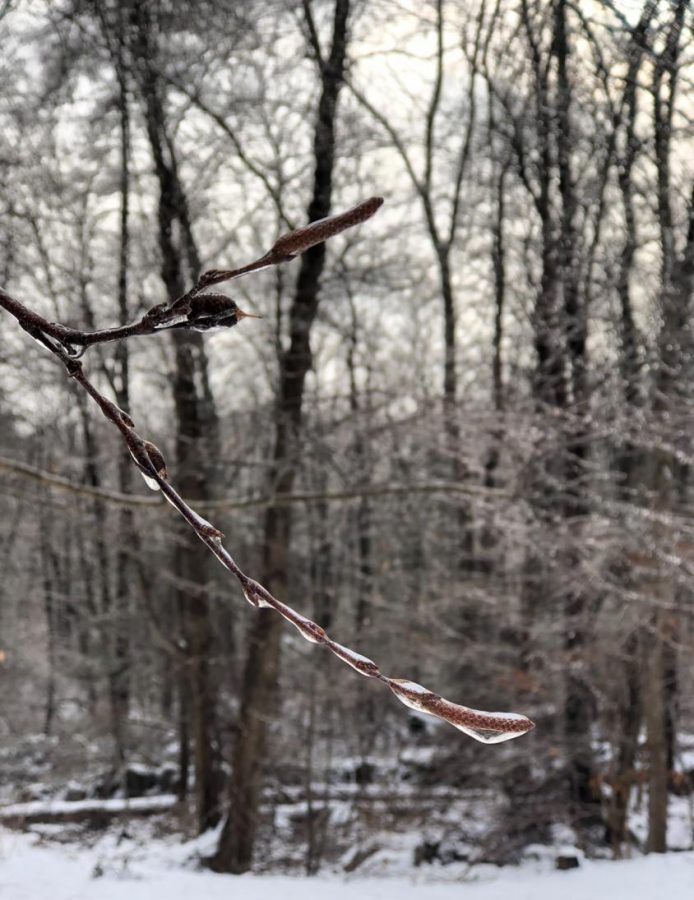 By Monday, the rain from this weekend's nor'easter had frozen over, coating trees- and roads- in ice.

A devastating winter storm hit Midwestern America over last weekend. On January 10, Winter Storm Gia came down from the Rocky Mountains and wreaked havoc on major cities. Buses, airports, subways and other public transportation systems were shut down, along with power lines and telephone poles.

Over 35 million residents saw storm warnings and advisories over the weekend, especially those in the Ohio, Mid-Atlantic, Washington, Virginia and Maryland regions. On Missouri highways alone, over 900 crashes occurred. Unfortunately, this lead to 7 deaths across the country and hundreds of injuries. These accidents often occurred near metropolitan roads, most of which had been covered in a couple inches of wet, slick snow.

Many southern states had freezing rain taking down trees and power lines, especially in Arkansas and North Carolina. Around 300,000 people were without power in the Carolinas alone. Many of these people are serviced by Duke Energy, which, when asked about the current situation, responded, “Widespread, multiple-day power outages are expected for the Mountains, Foothills, Piedmont, Triad and Triangle areas of North Carolina and portions of Upstate South Carolina and customers should be prepared.”

Of course, this led to flights being canceled. Over 250 were canceled and 400 delayed on Friday and Saturday, with over 70 canceled at St. Louis. New England was not affected by the 1,500 mile swath of winter weather; however, about a foot of snow was expected to hit the Boston area this past weekend. A Nor’easter bringing blizzard weather patterns was to affect Massachusetts late Saturday evening, and continue through Sunday. However, as the hours grew nearer to Saturday night, the forecast started to show rain instead of snow. This ended up to be true, and only an inch of snow midday Saturday was followed by a very rainy Sunday morning. The Harborlight hopes that all are safe and sound in the aftermath.