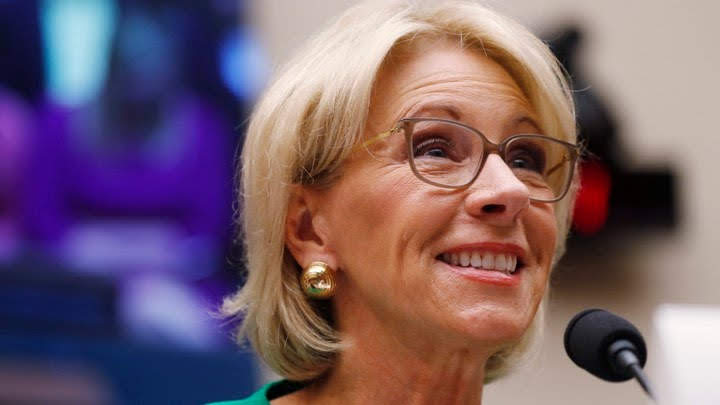 In the November of 2018, Secretary of Education Betsy DeVos proposed changes to Title IX, the 1972 bill that prohibits discrimination on the basis of sex in federally-funded educational institutions. These changes would overhaul Obama-era modifications and suggestions to Title IX. Many of the alterations address how schools and universities respond to sexual assault accusations.

Something of note is that these changes encourage universities to proceed with investigations under the presumption of accuser innocence, rather than a standpoint of believing the victim, according to the Department of Education. The guidelines also would guarantee the right to cross examine witnesses and accusers. Obama-era rules discouraged this because of the possibility of retraumatizing victims.

DeVos’s rules only require universities to investigate events that happen on school campuses or at school-related events, meaning that schools are not obligated to investigate alleged incidents in an off-campus apartment or non-affiliated event. New guidelines also narrow the definition of sexual harassment from “unwelcome conduct of a sexual nature” to “unwelcome conduct on the basis of sex that is so severe, pervasive, and objectively offensive that it effectively denies a person equal access to the recipient’s education program or activity.”

Punishments, under these new rules, could become much less severe. The Obama administration recommended formal action like suspension or other disciplinary measures. The new rules encourage mediation and face-to-face resolution, which could possibly be traumatizing for a victim. Lastly, the new guidelines encourage a lower threshold of proof for confirmation. DeVos proposes letting universities use “preponderance of evidence,” meaning overwhelming evidence that a crime occured. Obama-era guidelines suggested “clear and convincing evidence,” or more than 50% of evidence pointing to the crime.

While these evidence-related suggestions do help universities take a fairer stance, the DeVos rules have some disturbing fine print. If a university chooses to use “clear and convincing” evidence in cases of sexual assault, it must use that standard in all cases. However, if it chooses to use the high standard of evidence for sexual assault cases, they can use the looser, lower standard for non-sexual assault investigations, according to The New Yorker. There is no reason for this double standard of evidentiary conviction.

Some parties, like the ACLU, say these proposed changes would “make schools less safe for survivors of sexual assault and harassment.” Others argue that the changes help the investigations resemble legal ones, making the cases fairer and less biased.

At HHS, some members of the anti-rape culture and advocacy club PEERS did not agree with the new provisions. PEERS co-president and senior Casey Hussey explained, “We’ve had so many steps forward with respecting women and I am struggling to accept that [DeVos] can take it all away.” Unlike the Obama guidelines, which were really recommendations, the DeVos guidelines are in the process of becoming law. If they are confirmed, it would be much more difficult to reverse them.

Junior Riley Potter had similar feelings, as she said, “I feel like this is taking 5 steps back.” In  post-the “Me Too” movement America, many citizens have a desire to believe and support survivors of sexual assault and harassment. During the sixty-day waiting period after DeVos unveiled the new changes, the Department of Education received over 100,000 comments from the general public.

These new changes are especially relevant to upperclassmen. Seniors are heading off to college next year, and these guidelines could directly affect many of them. Hussey continued, “It’s such an incredible transition you go through when you’re going to college, and for people to now worry about their safety is heartbreaking.”

Without proper guidelines, students and victims of sexual harassment cannot find justice for others’ crimes. Problems in college will carry over into the workforce, leading to hostile environments. While remaining fair and just is always imperative, DeVos and all universities must remember that the safety and wellbeing of students should always take precedent.