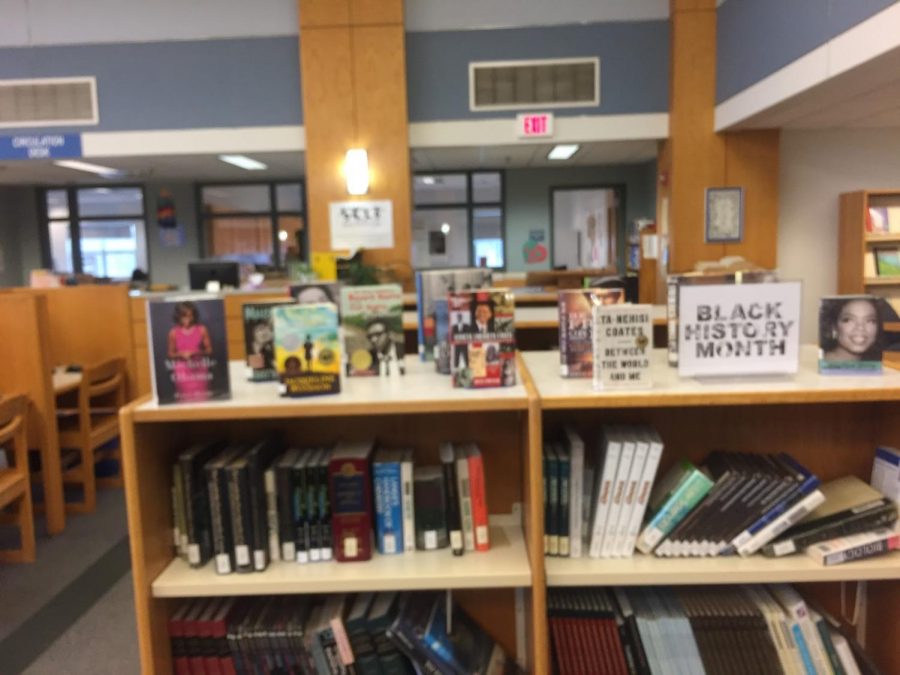 The Hingham Highschool Library has set up a display for black history month.

February has arrived and with it comes Black History Month. The U.S. takes time each year to honor the achievements and importance of African-Americans and their history and culture in the United States. Though Black History Month was officially established in the late 1960s, the concept of honoring the accomplishments of African-Americans was not new.

In 1926, a historian by the name of Carter G. Woodson and his organization, The Association for the Study of African American Life and History, declared that the second week of February would be known as “Negro History Week.” The Civil Rights Movement also shed new light on the vitality of African-Americans. However, Black History Month was not officially recognized until 1976 by president Gerald Ford, who declared that it was time for the U.S. to “seize the opportunity to honor the too-often neglected accomplishments of black Americans in every area of endeavor throughout our history.”

Each year since then, the president has picked a theme for what the month will focus on. The theme chosen for this year is “Black Migrations.” It is designed to showcase the efforts of migrant African American workers who needed to travel from farm to farm with their crops in the past. It is also meant to show the cultural influences of these migrations such as the spread of new art forms and music styles. The goal of this year’s theme is to demonstrate both the economic and social impacts of the historical black migrations.

But how does Hingham High School teach Black History Month? When asked about it, most history teachers had the same response: African American history is interwoven with American history. The teachers concluded that it is impossible to talk about one without mentioning the other. Because of this, the majority of teachers do not have a specific lesson dedicated to the month. Instead, they include lessons about African American history and culture throughout the entire curriculum. Ms. O’Connor, who teaches 11th grade U.S. History, stated her opinion on the topic, saying “It is important to recognize Black History Month and celebrate the centrality of black history to U.S. history but also recognize that it is simply U.S. history and is infused through the entire curriculum.” Ms. O’Connor says that she discusses the month in class, though she does not have a specific lesson based on it. She also puts up posters relating to Black History Month on the door of her classroom.

Last year was the 50th anniversary of Martin Luther King Jr.’s death. In honor of this, Hingham High’s “Friday Show” showcased the life and accomplishments of King. The segments lasted 10 weeks from Martin Luther King day in January to the anniversary of his death in April. In addition to this, teachers posted their favorite King quotes on the doors of their classrooms.

Today, Principal Swanson looks back on the segments as one of the best things that the “Friday Show” has ever done. Though there are no current plans in the works for anything similar, the administration is open to suggestions. The principal stated that if a student has any ideas on how the school can better honor Black History Month they should email him at rswanson@hinghamschools.org. Mr. Swanson shared, “It would be a great injustice to African American History to condense all learning on the topic to one month.”