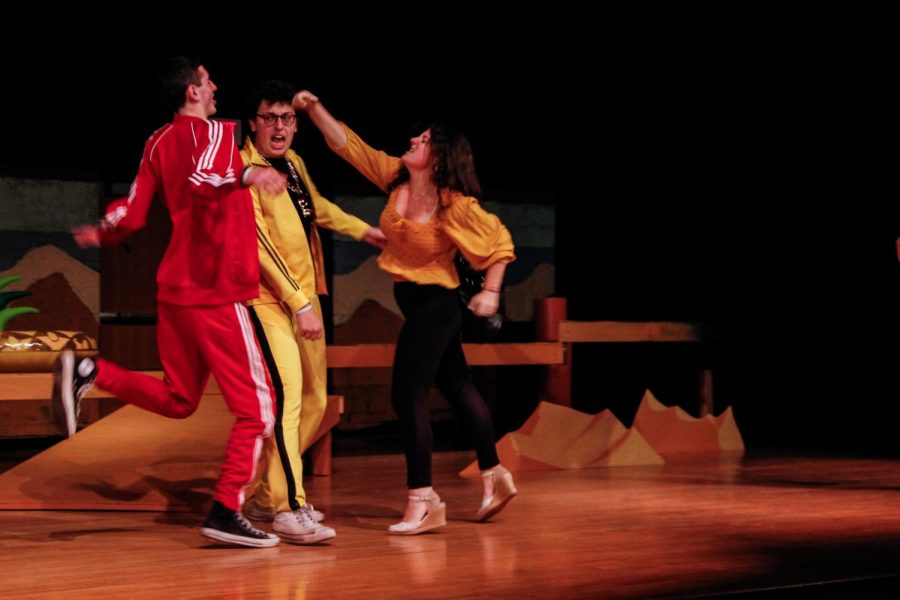 This show is about four marriages, including those of the governor of New Jersey and two teenage couples. A group of fairies are also thrown into the mix, as well as a group of beauticians who are starring in a revival of Romeo and Juliet. But once the fairy king Oberon shows up with Puck, a beast of mischief, more problems arise when a love potion is introduced.

The excitement of the play is evident even from its tagline: “with several weddings and the acting careers of six beauticians hanging in the balance, the lovers take to the boardwalk, backed by pop music and an iphone-obsessed wood sprite”

For this year’s show, HHS senior Casey Hussey served as an assistant student director. When asked about the show, Hussey exclaimed, “It’s so fun! I love getting to witness a show from the backstage [point of view] because it gives me a stronger and more respect[ful] outlook on the crew kids and what they have to do. Especially since I’m going to school to study performance and all aspects of theatre, being the assistant director has really showed me how important and team oriented theatre is! My favorite moment from the show would have to be the first mechanics scene. I got to block that scene myself and it was such a great learning experience and I’m super proud of what all those actors have done with it!”

The director of the show, Drama teacher Ms. Levy-Sisk, shared how she came to choose Midsummer Jersey as the spring play for 2019, explaining, “I found this show the same way I find all the others. I read a lot books, I talk to a lot of director friends of mine, to get things that may be new. This [show] kinda fell into my lap, by reading an article about college theatre. And the more I looked into it, the more I read the script, the more I would think that we would just have a fun time doing it. I don’t have favorite moment, because I love the whole thing. It’s a great show, I think that most people are just afraid of Shakespeare, and I think it’s fun to see it on a very relatable level. Midsummer’s is one of Shakespeare more accessible plays to begin with, and so to be able to have so much fun with it, and to make it so contemporary without really changing much about Shakespeare’s integrity of it has been very fun, and I think the audience will have a lot of fun with it.”

This show had the audience laughing and feeling all the same emotions as the characters on stage. With such a wonderful cast and crew, this play will definitely be remembered. As William Shakespeare once said, “All the world’s a stage, and all the men and women merely players: they have their exits and their entrances; and one man in his time plays many parts, his acts being seven ages.”