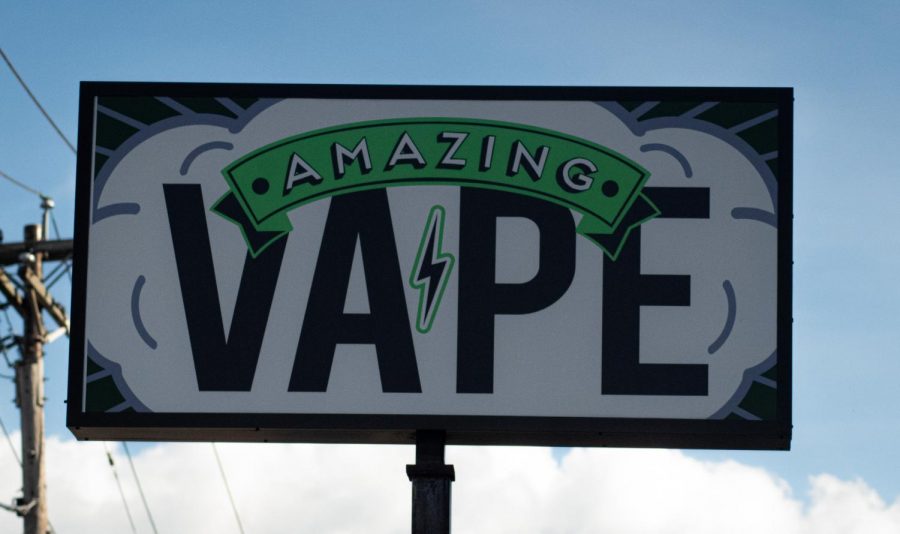 The "Amazing Vape" store In Weymouth has recently gone out of business due to the Ban which threatens these small-business owners.

On Thursday, September 28th, Massachusetts shocked the country when Governor Charlie Baker declared a Medical emergency, temporarily banning all vaping products including nicotine and THC electronic cigarettes, in order to investigate the explosion of mysterious vape-related lung illnesses spreading through the nation’s youth.

The Controversial move brought up important questions: How does this affect small-business owners in the vape industry? Will this prompt teens to now source their vape products off the Black Market? What will ex-smokers and Medical Marijuana users do? Even with this, Baker has no regrets, telling the Press, “Once we had met with all the medical experts, to do nothing was just not a viable option.”

The upward trajectory of vaping use has alarmed policymakers around the U.S, not just the representatives from Massachusetts, also prompting Michigan and California to ban all flavored vaping products. The Trump administration has also alluded to plans of similar regulations on a federal level, but this did not stop e-cigarette advocates to criticize the ban, as they expressed that vaping helps rather than hurts smokers, giving a so-called “healthier” alternative to smoking.
This radical step for Massachusetts was prompted by a proposal from the Public Health Board of Massachusetts, soon leading other states to take similar steps. They noted a sudden and alarming spike in hospitalizations not just in the Bay State, but across the United States, focusing on unknown lung injuries suspected to be caused by an increase in e-cigarette use. As of now, over 805 lung injuries have been reported from forty-six states and twelve confirmed deaths according to The Center for Disease Control and Prevention (CDC). The organization’s newest study of the outbreak showed that most products contain tetrahydrocannabinol (THC) which is found in Marijuana to give it it’s “High.” A large number of these victims were hospitalized and put in intensive care units on respirators to aid breathing.

The evidence that is concerning policymakers is the spike in lung injuries in patients who are minors or young adults. According to the CDC, sixteen percent of patients are under 18 years old, twenty percent of patients are between 18 to 21 years old, and sixty-two percent are between 18 to 34 years old. In Massachusetts alone, forty percent of the state’s high school students have reported trying an e-cigarette with one of five vaping regularly according to the 2017 Government’s office report. Public Health officials blame vaping and e-cigarette companies for using flavored nicotine to increase their appeal to a younger audience.

The evidence was enough to convince Baker to put his policy in place effective immediately, in hopes of gaining time for researchers to find an explanation for this mysterious epidemic, additionally trying to halt the increase in the number of youth nicotine addictions.

This ban could potentially be counterintuitive, as it may prompt teens to get pods or vape products from shady dealers or off the Black market, leaving them with no knowledge of what they are putting in their bodies.

The policy is taking serious heat with rising legal threats from small business owners in the vape industry who will now be forced to close their doors as these products make up the majority of their sales. Baker has not addressed or resolved this issue as of now.

The ban also concerned many medical marijuana users and ex-smokers who use vaping devices to aid their treatment. A Hingham Highschool student who would like to remain anonymous explained, “I think personally [the ban] will help with teenagers vaping, but it doesn’t even take into account the adults that use vaping to quit smoking. Vaping isn’t good for you but cigarettes are worse and more expensive.” Baker dismissed such claims and reassured that there are many alternative products available. He announced his plan for pharmacists to produce nicotine therapy products like gums and patches, which will now be available at low cost for insurance holders.

Hingham High School Students are getting involved in any way they can. Juniors Emma Brockwell and Meghan Hendrickson are apart of the sociology course at Hingham High. They were assigned to make a survey of a significant event that affects the student body. “Meghan and I are trying to find out to what extent people will go to get pods and products,” Explains Emma Brockwell. She went on to say her own personal opinion on the vaping ban, saying, “I feel as if this ban is a good idea as it will lower nicotine addiction in Massachusetts and keep teenagers healthy.”

Massachusetts may be creating a ripple effect in other states, causing Rhode Island to ban all flavored nicotine products just a day after Baker’s announcement. The outcome of this radical move maybe the beginning of a nationwide movement to address vaping, primarily for the purpose of protecting the nation’s health for generations to come.