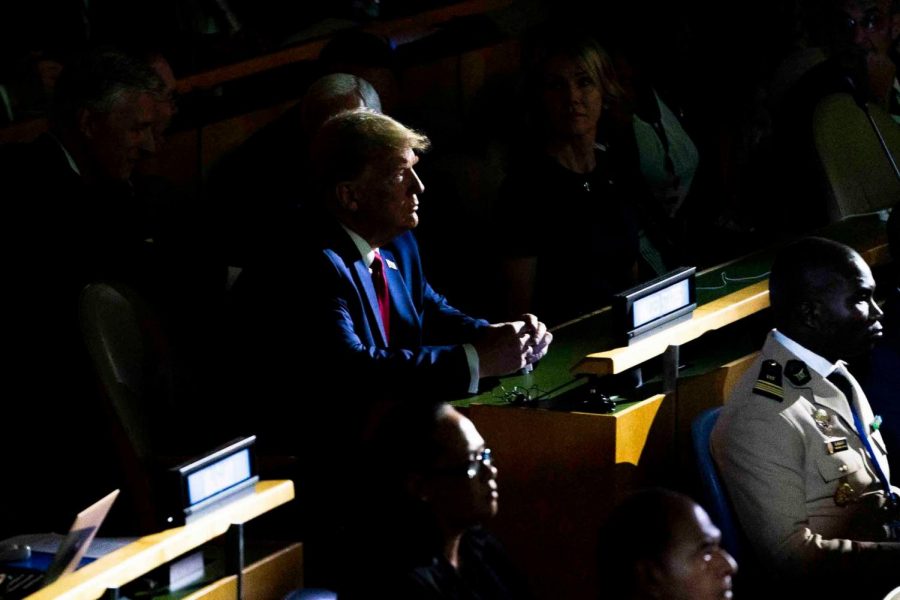 The Trump Administration initially refused to share the whistleblower's report with Congress, and eventually released a redacted version.

On Tuesday, September 24, Speaker of the House Nancy Pelosi announced that the House of Representatives would begin a formal impeachment inquiry against President Trump.

This inquiry was prompted by an anonymous whistleblower accusing the President of illegally pressuring Ukraine President Volodymyr Zelensky into launching a corrupt investigation in exchange for monetary aid to the country. Allegedly, Trump asked Zelensky to investigate former Vice President Joe Biden and his family, who is a likely Democratic opponent to Trump in the upcoming 2020 presidential election. This exchange between Trump and Zelensky occured mere days after Trump ordered his staff to halt the sending of almost 400 million dollars in aid to Ukraine. Pelosi declared Trump’s actions as both a violation of the Constitution and abuse of his presidential power. Although the Democratic party has been reluctant to begin impeachment proceedings in the past (even in the face of the Mueller Report and surrounding scandal), the whistleblower’s report seems to be the tipping point.

A whistleblower is a person who reports illegal or unethical activity, and whose identity is protected and kept anonymous by the Whistleblower Protection Act. This act allows federal employees to report political misconduct (including violation of law and gross mismanagement) without fear of retaliation. In this case, the whistleblower submitted a report to the Office of the Inspector General in August concerning Trump’s attempt to use his power of office to solicit interference in the 2020 election by a foreign country. The Trump Administration is suspected of having kept this report hidden for a number of months to prevent investigation into the issue.

If this impeachment process moves forwards, there are a few ways it could play out. If the findings of the whistleblower’s report are deemed sufficient evidence of wrongdoing, the House will hold a floor vote on one or more articles of impeachment that requires a majority to pass, thereby resulting in Trump’s impeachment. This process will then move through a trial in the Senate, and only if two thirds of its members vote to convict Trump will he be removed from office. It is a lengthy and turbulent process which is still only in its beginning phases.

As confusing as this investigation has been, some students have managed to stay up to date on its developments. Freshman Josh Lobe McDonough believes that it is important for students to be informed on important political issues. He thinks that, “most people would rather watch Netflix than talk about politics, because it’s honestly kind of a bummer”. Even so, Josh maintains the opinion that, “we have to pay attention to what’s happening in the news, because as soon as we graduate high school, we’ll be a part of it and have to know what’s going on.” Other students, like senior Ruthie Kerber, have developed opinions on the proceedings and why it is so important to investigate misconduct. Ruthie states that, “Trump is on record for committing felonies and obstructing justice. If we don’t check what he’s doing, it sends the message that the president is above the law, which goes against what the United States stands for”. It is inspiring to see that even students in high school are passionate about the leadership of the country they live in and the direction politics are heading.