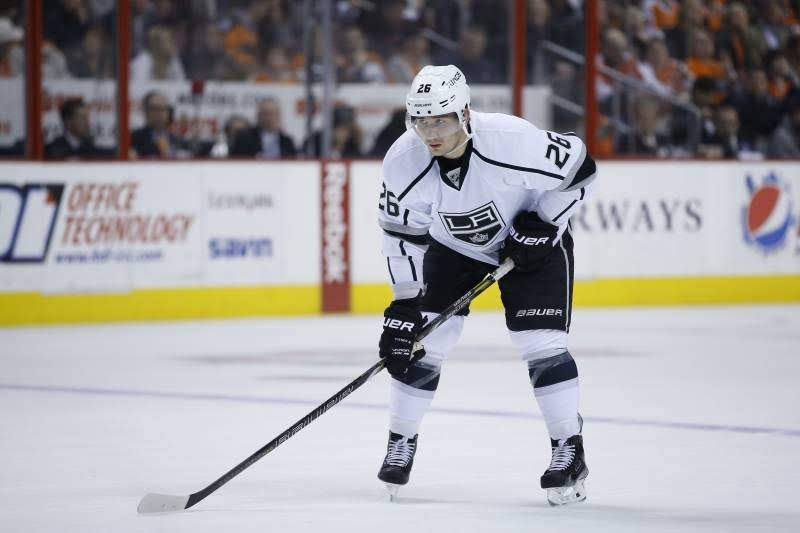 As the NHL Season begins, Slava Voynov, an LA Kings' defenseman, gets suspended for the entirety of the season for "unacceptable off-ice conduct." He has been accused of domestic violence and has lost his contract with the Kings

Once again, let’s quickly recap the Week 5 action in the NFL:

Congrats to the Seahawks for holding off Todd Gurley, Jared Goff and the Rams. Seawaks rebounded well after giving up 13 points in the 3rd quarter. Russel Wilson throwing 4 touchdowns was the main reason the Ram’s lost. Both of these teams still have a shot this season, even though the Rams are 3-2.

Like I predicted, if McCaffery got big yards, the Panthers would win. McCaffery scored 3 touchdowns, and the panthers won. Expect McCaffery to drive the Panthers through the season and to a winning record.

This game went into overtime, and the rivalry has been reborn from Mason Rudolph’s injury (not that it ever died). The audacity of Mike Tomlin to kick off in OT and to trust the pressure would get to Lamar Jackson made this game hard to turn off. It’ll be tough to see if Hodges can continue the season Rudolph left behind.

After the tough loss to New England, the Bills rebounded well, but they’re 4-1 on pretty bad teams, and the matchups will continue to be easy (they play the Dolphins twice) until the game against Cowboys on November 28. That’s going to be the Bills’ first real shock, (after playing the Patriots), but until that week, expect the Bills to go almost perfect (they might loose to the Eagles).

New England looked shaky in the first half, but the 348 yards and 3 touchdowns from Brady not only won them the game, but he became the quarterback with the 3rd highest passing yards of all time. This team looks strong, so expect them to continue this streak for a while.

Another close game. The Bears were off to a good start this season, but Chase Daniel threw 2 TDs and 2 INTs. He had a big 3rd quarter though, with 21 points. Josh Jacobs led the Raiders to a victory with 123 rushing yards and 2 TDs.

Easy win for the Eagles. Luke Falk had a terrible game, 0 TDs and 2 INTs. They really need to trade him out. Carson Wentz also didn’t have the best game, but the Eagle’s defense was key in the win.

Stats LLC summed up the Viking’s win pretty well: “So much for the Minnesota Vikings being one dimensional. The passing game is back in synch with the run. Add in the defense, and the reality is the Vikings have it all.” It is certainly looking that way with Kirk Cousins’ 2 TDs and 211 total rushing yards, but the NFC North is such a hard division to win. Expect them in wildcard contention at the end of week 13.

Convincing win for the Texans, as they tore apart the Falcons’ defense with Watson’s 5 touchdowns and 426 yards. Fuller has the makings of a great receiver after catching for 3 TDs and 217 yards.

Close win for the Cardinals, but the Bengals have officially fallen to 0-5. Kyle Murray had no TDs, and only 253 yards. In order for the Cardinals to turn their season around, Murray needs to step up and get the receivers into it and make it a more dimensional offense.

Saints pull out the win over the Buccaneers. The Buccaneers offense has really proven itself to be strong, having an average of 30 points. However, their defense needs some work. Terry Bridgewater has also made a name for himself, throwing for 318 yards and 4 touchdowns.

Broncos finally have their first win. Phillip Rivers is having a terrible season so far, and in this game, he threw for 2 INTs and 0 TDs. Lindsey had a huge game, playing a big role with 116 yards and an average of around 7.7 yards per carry.

This was an impressive showcase of Aaron Rodgers and his sight as a quarterback. On almost every play in the 1st quarter, the Cowboys applied pressure to Rodgers. He succeeded in getting the ball out of his hands quickly and rolling out of the pocket, and he used the run game to keep the Cowboys’ D-Line guessing.

In this big upset, the Colts were able to dominate the run game. Marion Mack ran for a total of 134 yards, even though Jacoby Brisset had only 151 yards and 1 INT. The big statistic? Mahomes only threw for 22/39, which is just over half his throws. A not-so-MVP performance for a rising star.

How are the 49ers still undefeated? Well, they’re in a similar situation than the Bills: They’re playing easy teams. I’ll go more into detail on this later on. Also, Baker Mayfield can’t connect with his receiving corp. This is a “C’mon Man!” for you, Baker. When you have the two arguably best receivers in the country on your team, and you’re a Hiesman quarterback, you have to throw better than 8/22 for 0 touchdowns, 2 picks and 100 yards.

Week 6 has some interesting games, but most are mismatches. The predictions of the tighter ones are down below. (The Bills, Bears, Colts and Raiders all get byes this week.)

Redskins-Dolphins: These winless teams clash in what should be a sloppy but close matchup. As website TopBet points out, “One bright spot this season for the Redskins is wide receiver Terry McLaurin, who has emerged as the best downfield threat for Washington.” Expect McLaurin to have a big game against the Dolphin’s secondary that lacks any consistently strong defense. Expect this to go the Redskins’ way because of their pass rush, 27-13.

Rams-49ers: This will be a turning point in the 49ers season, as it either legitimizes or disproves their undefeated record. All of their games have been won against teams in the lower regions of their division, but the Rams, last year’s NFC winners, could end their streak. Watch Todd Gurley’s involvement in the game, as Jared Goff has had a bit of a subpar season. It all comes down to the run defense of the 49ers, but I believe that it will result in a 17-24 win over the Rams.

MLB: I will provide game analysis and predictions once the Championship Series are set.