Highlights From This Year’s Homecoming Festivities 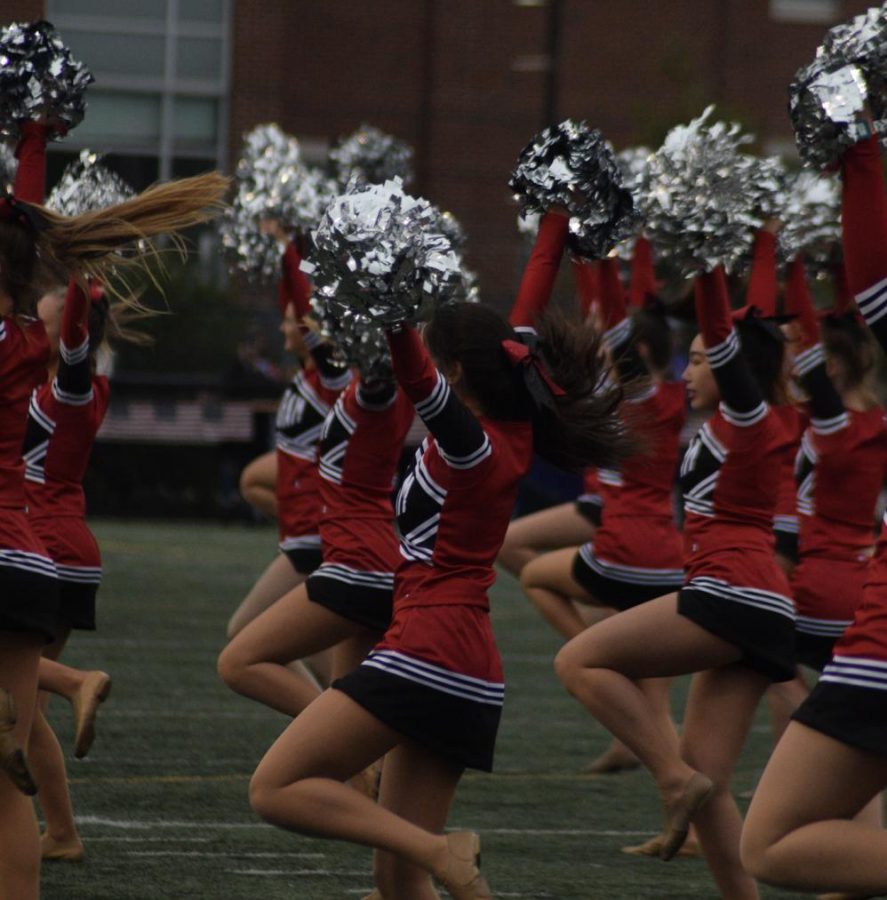 The Hingham High Dance Team shows their spirit during their half time routine.

Last Saturday marked Hingham Highschool’s annual Homecoming, where our student body, teaching staff, and the town came together to support a community in which they are all apart of. Even though cold rainy weather encompassed most of the day, it did not alter the joyous attitudes of the participants. Whether a shopper browsing the Hingham High club booths or and athlete demonstrating their talents on the field, the Homecoming festivities offered something for everyone.

To start of the Morning strong, Hingham High’s field hockey team took the field, defeating Silver lakers 3-0. Next Up, our girl’s soccer team who were especially motivated to defeat their rival. “We were super motivated to win,” explained Sophmore Alexa Varholak, “not only because they had recently beaten us, but also because it was senior night for our seniors. We stuck with a winning mentality throughout the whole game, and ended up coming out with the win.” For a fun half-time moment during the game, The Best Buddies Club played their own game of Soccer. “Being a part of something that unifies and gives people a purpose means so much to me,” Sophomore and Best Buddie’s member Elizabeth Murphy commemorates the moment perfectly.

Next to the stage was the Boys Soccer Team, rocking their brand new purple, “Maddie’s Promise,” Jerseys to honor Maddie McCoy, an 11-year-old soccer player from Hingham who recently passed away from a rare pediatric cancer. The boys played hard, but came up short, ending the game 3-1 Silver Lake.
Last but certainly not least, The Football Team played an exciting game against the Lakers, ending with the final score of 28-25. As usual, The Dance Team added their pep in a half-time routine that impressed the packed stands. Go Harbormen!