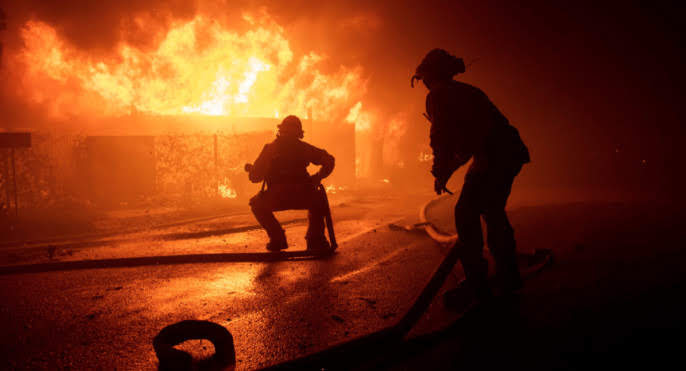 Preceding the November 1 application deadline for colleges and universities across the U.S., California has been plagued with another terrible season of wildfires. Over a quarter-million acres have been destroyed since January, accompanying three reported wildfire-related deaths and nearly 10,000 destroyed homes.

Compared to the fires of 2017 and 2018, both of which burned over a million acres respectively, this season’s fires are significantly less disastrous. Reasons could include prevention tactics, as well as heavy rainfall and few strong winds during the first half of the year.

However, this doesn’t mean the fires aren’t affecting thousands of residents. Among the precautionary efforts taken to reduce the risk of wildfires were widespread power shut-downs during high winds by Pacific Gas and Electric Co., which cut off power to millions of people during the month of October. Although power was meant to be quickly restored, due to poor administration, over 30,000 people in North California plus another 1,000 in South California remained without power on Thursday evening, the night before early action and early decision applications were due. As a result, students applying for colleges were unable to access the internet or use the online application system.

In addition to a lack of electrical power, evacuations and the destruction of numerous homes have put unforeseen stress on high school students, as concern for the safety of themselves and their loved ones interferes with their ability to focus on schoolwork and applications.

According to the Active Fire Mapping Program of the USDA Forest Service, there are currently 7 major wildfires burning in California, 5 of which have been contained. The largest of which, the Kincade fire in Sonoma County, has only recently been contained at 77,758 acres, two weeks after its start on October 23. The official twitter account of the California Department of Forestry and Fire Protection (Cal Fire), also reported that the Maria blaze in Ventura Country has been fully contained at 9,999 acres. Other notable fires include the Getty fire, which forced schools in the Getty area of South California to close for over a week.

Effects of these fires on local populations have been undeniably harsh, which sophomore Catelyn Arnold confirms, stating, “they’re affecting a lot of people, especially when it comes to bad air quality making it hard for them to go about their daily lives, and people have lost a lot of personal items.”

In response to the difficulties created by these devastating wildfires, President of the Western ACAC (Association for College Admission Counseling) Marc McGee encouraged deadline flexibility, application fee waivers, and other special accommodations for students impacted by fires. Many colleges have extended their deadlines to dates that varied but were generally between November 8th and 15th. These schools include, but are not limited to:

Going forward, the National Weather Service predicts the wildfire risk in California to be “above normal” for the rest of the year. However, sophomore Avery Marchand is hopeful that “with the hard work of firefighters and others, wildfires can be brought under control and students will be able to resume their daily routines.”