Sports Reports 11/6 – Will the Brooklyn Nets be a Good Team this Season? 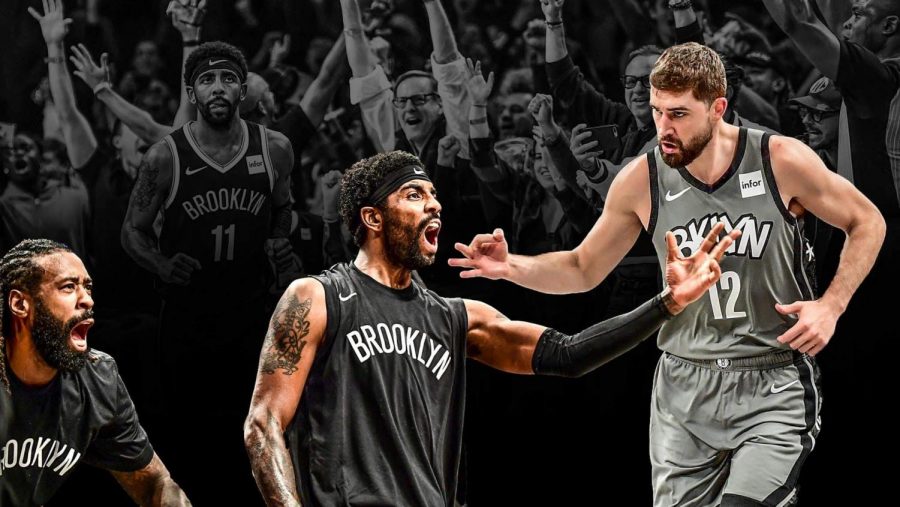 As always, we’ll start with the scores from Week 9.

Considering how good the Giants have looked this season, this was a shocker for teams across the league. The 49ers played great in the first half.

This was an easy win for the Texans in London. The Gardner Minshew’s luck has run out for the Jags.

Another important upset. An interesting battle is shaping up in the AFC South between the Texans and the Colts for the division lead.

Miami finally got their first win of the season. Tough calls for the Jets after an overturned TD, and Darnold threw only 1 INT, much better than other games.

I had such high hopes for the Bears this season, but after a tough loss to the Eagles, looks like they are out of playoff contention.

Close win for the Chiefs. Kirk Cousins had a fantastic game, as both teams kept trading the lead. Chiefs must be just counting the days until Mahomes can play again.

The Bills relied on their good defense and running game to win big. RB Singletary ran for 140 yards and a TD.

Christian McCaffrey is a definite MVP consideration, with 3 TDs in this game alone.

5 touchdown passes for Russell Wilson gave the Seahawks a big OT win over the Bucs.

The Raiders stuffed the Lions for a close but necessary win. Derek Carr had a good game, with 2 TDs and almost 300 yards.

One of the biggest upsets of the week, the Chargers played out of their minds, while Aaron Rodgers only had 161 yards.

Another big upset, and a disappointment for the Pats. The Ravens kept pounding the middle on the run, and the Patriots had no answers.

The Cowboys pulled out another easy win. RB Elliot has some honest questions about his role in the league, and how he ranks among the league.

For Week 10, here are the teams that have byes:  Broncos, Texans, Jaguars, Patriots, Eagles, and Redskins.

Some good games next week:

Seahawks-49ers: This is another decisive game for the NFC West. The 49ers had some questions coming out of last week, but the Seahawks looked very strong. I’m thinking 17-21 with the 49ers over the Seahawks.

The Lakers are off to a great start. 6-1, and it looks like the stars on that team are getting off on a good foot.
Brooklyn is at 3-4 – it brings up the question if all the hype of Kyrie and Durant on the same team would bring a new power to the Eastern Conference was unfounded.
Celts starting off where they left off last year – already 5-1. But can they beat the Bucks?

The Bruins have blasted forward, winning back the Atlantic Division from the Sabers.
Blues are starting off exactly how they started after winning the Stanley Cup last year.
What happened to the Sharks? They made the playoffs last year, and now they’ve only won 5.