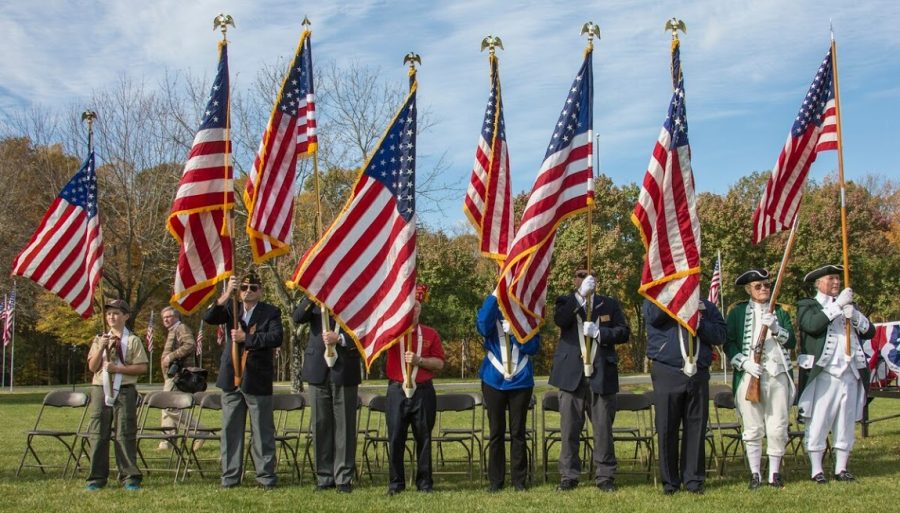 On Monday, November 11, students and faculty celebrated Veterans Day with a long weekend. However, this day is much more than a day off from school–it’s an opportunity to recognize and honor those who have served for our country. Hingham High School’s Veterans Appreciation Club orchestrated a wonderful ceremony in celebration of Hingham’s veterans.

The morning began with breakfast, which was served to veterans and their families. The club members made it a priority to make all veterans feel appreciated, passing out handmade thank you cards from students in Hingham’s elementary schools, and personally thanked each veteran and their family members. After breakfast, the club directed veterans to the Sanborn Auditorium in the Hingham Town Hall and handed out programs for the music that followed. The Hingham High School band played patriotic songs as a few veterans spoke about the importance of the holiday and their own experiences. A member of the Veteran Club, sophomore Miranda McGeoghegan, says “it’s really important to honor the veterans and celebrate our history because they deserve recognition for their contribution to our country. They sacrificed so much for us, so they deserve something in return!” The president of the club, senior Claire Cassel, gave a speech expressing her appreciation for all in attendance and congratulating the veterans for their service. The Hingham High band performed once more, playing a song for each military branch. After the band played “God Bless America” and the crowd sung along, everyone migrated outdoors to watch as veterans in revolutionary uniforms shot off guns, which served as a perfect conclusion to the event.