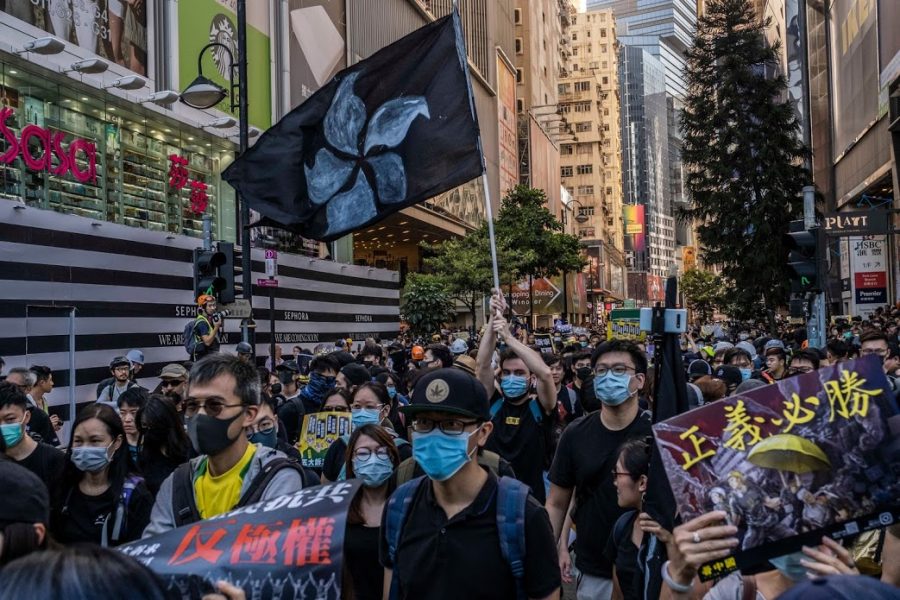 For months, Hong Kong has been the turbulent home of weekly anti-government and pro-democracy protests. These protests were triggered by a controversial extradition bill that was proposed last April. This bill would allow the extradition of fugitives from Hong Kong to mainland China, and sparked worry in Hong Kong residents that it would increase China’s influence over Hong Kong and lead to unfair treatment and the potential targeting of journalists. The first of the protests took place on June 9, with thousands of people taking to the streets. Less than a week later, on June 15, the bill was suspended by Carrie Lam, the chief executive of Hong Kong. Despite the suspension, marches continued, and took a violent turn in the beginning of July. The protests were no longer merely about the singular bill, but also turned to the issues of suffrage in China, the release of those arrested while protesting, and an investigation into police brutality against the protesters. Distrust and even public hatred of the police has grown as a result of the violent tactics employed, such as tear gassing and open fire.

Although Carrie Lam completely withdrew the extradition bill in September in an attempt to rectify the growing political crisis, the movement was already too big and too strong to be stopped. For the people of Hong Kong, it represented democracy and the fight for freedom from oppression. Despite these ideals, violence has grown on both sides and reached its peak in October and November, during which several people were shot by the police, and a man confronting protestors was lit on fire. After learning about these atrocities that are happening on both sides of the conflict, Senior Emma Sommers responded, “It’s really terrifying to see violent battles like this between citizens and their government.”

To understand the reason behind these escalating protests, one must first understand China and Hong Kong’s history. Hong Kong was a British colony until 1997, when the ninety-nine year lease it was under expired, at which point it was returned to China as a Special Administrative region. Because of Britain’s democratic politics, Hong Kong does not have the communist history as the rest of China, but instead operates under a “one country, two systems” principal. It has a separate judiciary and legal system than mainland China that ensures rights like freedom of speech and assembly. However, this system may be changing, as many protesters believe these freedoms may be in decline and are doing everything they can to secure their liberties. Senior Gwen Moyer believes that, “history has proven time and time again that you can not take freedom away from people who are used to it without expecting backlash.” These protests are a sure sign of this trend.

Whatever changes the protest do or do not garner, they have already made history as the biggest political crisis of Hong Kong of modern times. Violence, turbulence, and conflict have followed them relentlessly. Many students, like junior Julia Burm, have gained a new appreciation for, “being able to live in a place where our civil liberties are recognized” as a result.