What the Success of the SpaceX Launch Means for the Future 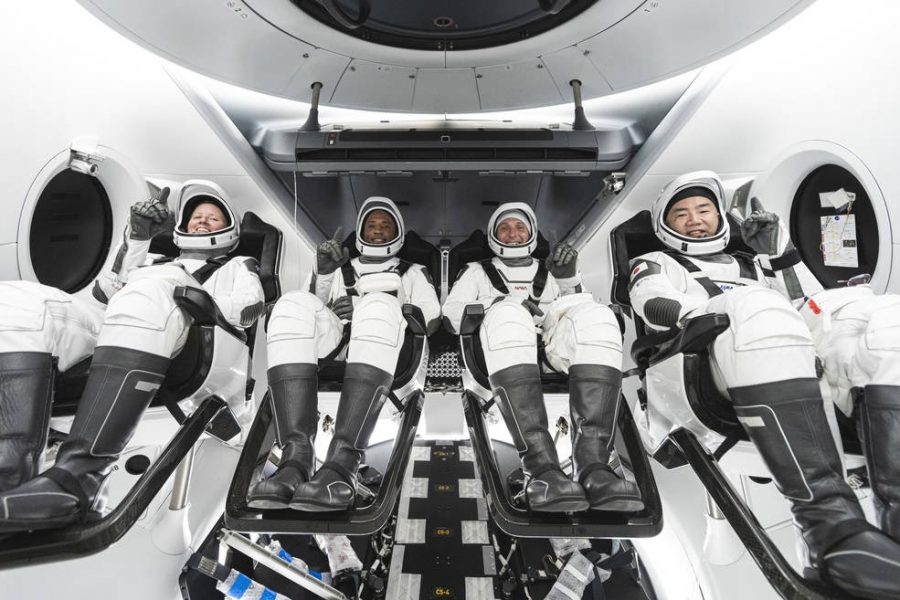 On Sunday November 15, 2020 NASA and SpaceX made spaceflight history. Crew 1 astronauts Shannon Walker, Victor Glover, Mike Hopkins, and Soichi Noguchi ascended into space on the Dragon Resilience. Their 27.5 hour journey went smoothly and the crew was able to successfully land the SpaceX launch. Crew 1 arrived at the ISS (International Space Station) on November 16th 11p.m. EST. The astronauts will stay there for 6 months, returning home in the spring with new information and discoveries.

Elon Musk’s SpaceX was founded in 2002. Unlike any other space excursion companies in the past, Musk has a different view on how spaceflight will impact and improve the lives of future generations. His goal is to reduce space transportation costs and enable the colonization of Mars. Even though the idea of colonizing Mars sounds out of this world to us today, Elon is already on the road to achieving his goals. His company has created several launch vehicles, many that use reusable parts which makes space travel much more efficient and reduces the cost significantly. SpaceX wishes to “make life multiplanetary” through the means of space travel. Further into the future, Musk dreams of flying and landing passengers on the lunar surface. More of Elon Musk and SpaceX achievements, future plans, spacecrafts, and launch schedules can be found at spaceX.com

NASA had a number of COVID-19 precautions set in place in order to protect the astronauts and workers from getting infected. All 4 astronauts and their families began quarantining in late October and they were instructed to take COVID tests each week. The astronauts strictly followed these precautions and passed each test leading up to the lift off. However, Elon Musk tested both positive and negative for the coronavirus. Since NASA’s regulations prohibit people who test positive from being present for the launch to limit the spread of the virus, Musk was unable to attend despite the great effort he put into this project.

The SpaceX launch and landing was a milestone in spaceflight history. Surprisingly, many students at Hingham High weren’t aware of the event. Sophomore Lauren Brockwell said, “I am not familiar with the launch but it seems very interesting and I would like to learn more about it.”

In contrast, sophomore Kelsey Tarby was familiar with the event and mentioned, “I watched the SpaceX launch on the news but I didn’t know Elon Musk made it all happen.” Both students were open to learning more about the topic, and were fascinated to learn that the success of the SpaceX launch would bring Elon Musk one step closer to a whole new world of discoveries.